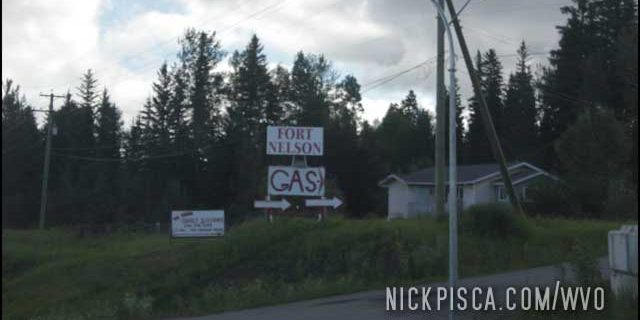 We’ve been to Fort Nelson several times on our WVO roadtrips: 2008, 2013, and 2018.  It’s on the Alcan Highway in a place where there are no alternatives, so you are kind of stuck visiting this town on the way up to Alaska.  It’s a nice place, and they have the basics to keep the vehicle running on the way up north.

In 2008:  This was our first trip through Fort Nelson.

Fort Nelson, British Columbia. 6pm-3:45am Wednesday and Thursday.
We decided to crash out in Fort Nelson even though we could have probably made it to Watson Lake that night. However, just shy of Fort Nelson we ran into a HAIL storm (what next?

). The storm was looming in the distance and we had to burn some cubie boxes to protect the windshields. Here is a pic of the hail in the ditch as we tried to get out of the storm.
We left Fort Nelson at 4:00 am and was surprised to see how bright it was at 3:30 am. I don’t think it got dark at all that night. 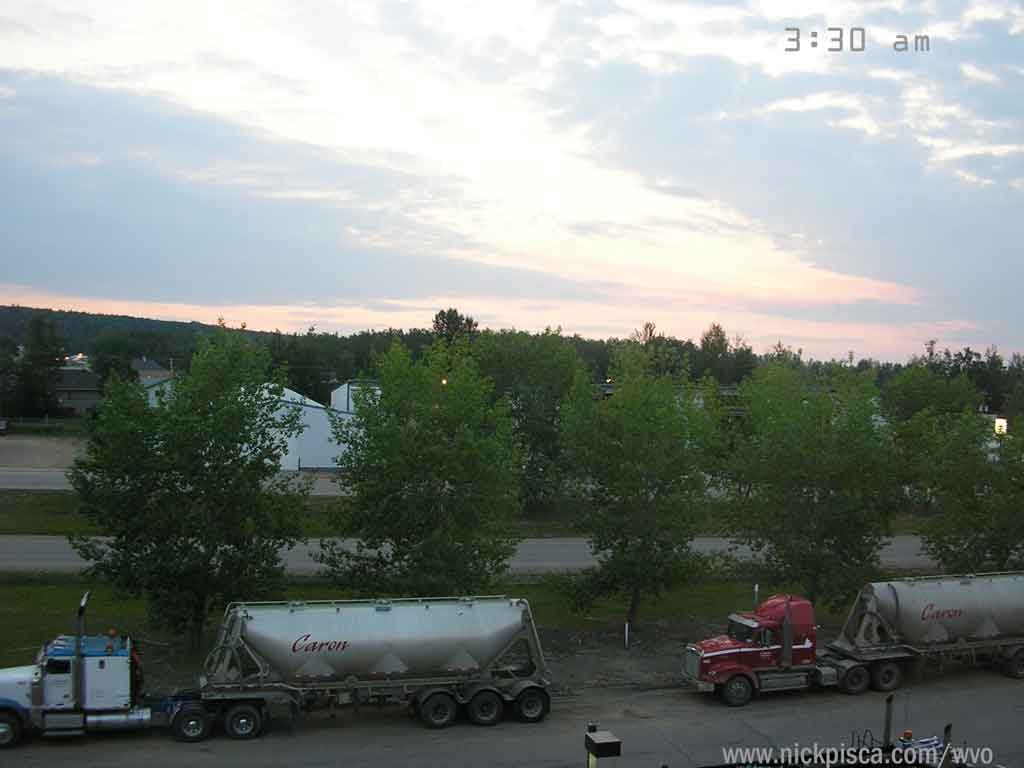 100km from Fort Nelson. 183230. 11pm Sunday.
Added 1.25 cubes. We encountered rain the whole day and it slowed our progress dramatically. When we pulled into Fort Nelson, we decided to crash for the night. The only restaurant open was Boston Pizza, and this is typical for the whole route—no late-night food. The great thing about Alaska and Canadian hotels is that they always have a refrigerator and microwave, so pack a few microwavable Campbell’s soup containers in the trunk. 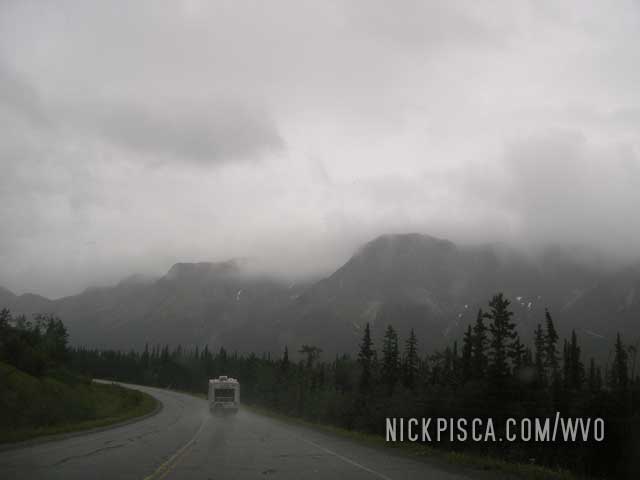 Fort Nelson, British Columbia. 11pm Sunday – 11am Monday.
It appears that the only auto parts store is here, because I couldn’t find an oil filter anywhere between Whitehorse and Fort St. John. A change of oil cost us our morning, so we got off to another late start.

In 2013, we took the MacKenzie Highway from Yellowknife on the way up to Prudhoe Bay, and we could have avoided Fort Nelson if we really wanted to.  But since it had been 2 full days without a hot meal, we elected to drive the few miles south of the Laird Highway cutoff to reenter Fort Nelson to eat at their only restaurant.

In 2018:   We buzzed through Fort Nelson rather quickly on the way up to Tuktoyaktuk.  We didn’t really need to stop for anything at the moment.  However, on the way back down south, we had an overdrive issue, so we stayed in town to fix the tailshaft seal, refill the gear oil, and limp the van back to the U.S. at normal 55mph driving speeds.  Man, when you lose the overdrive, you realize just how nice you had it before. 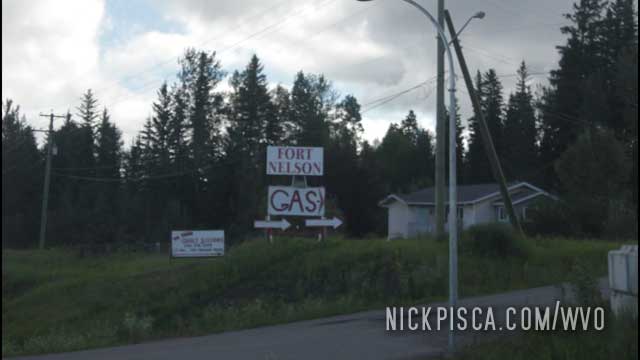 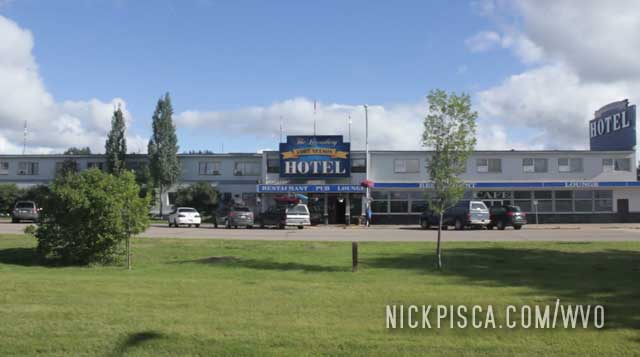 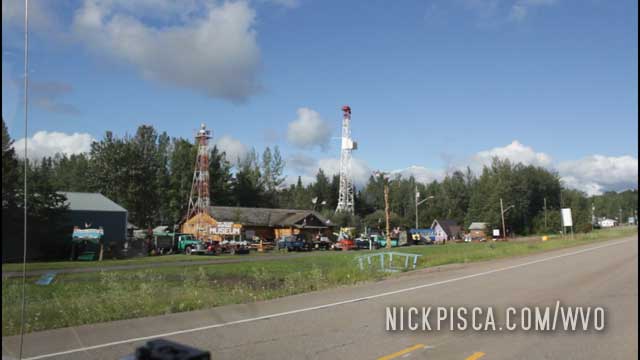 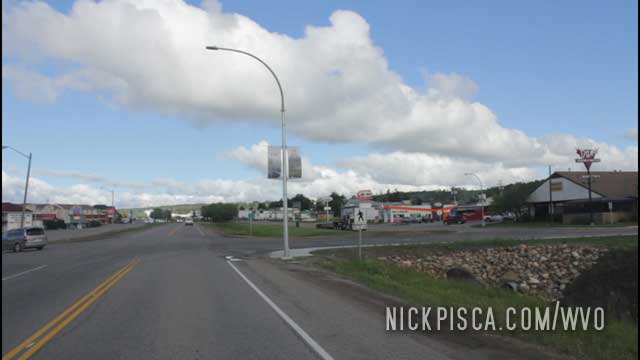 We pulled into Los Alamos in the afternoon.  Our goal of this trip was to visit sites along the Continental…