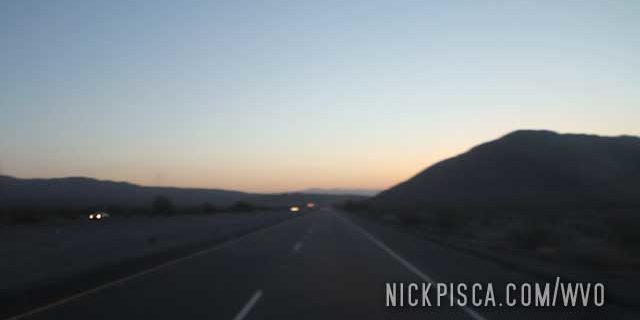 Early Start in the Mojave Desert

We got up at 1am to start the massive 2013 WVO Roadtrip to Prudhoe Bay.  We hoped to get an early start to the trip, and put some major miles on.  Maybe if things go well, we can hit the Canadian border in a day or two.

However, on our first veggie oil fill up after Vegas, we had Gearvendor leak, and a complete tailshaft seal failure.  We needed to limp the van to Mesquite ASAP to buy a new seal, new fluid, and extra parts.

We took a weekend trip to the lowest point on the Western Hemisphere.

Flin Flon is one of the northernmost towns in Manitoba. As you drive in, there is a museum about the…