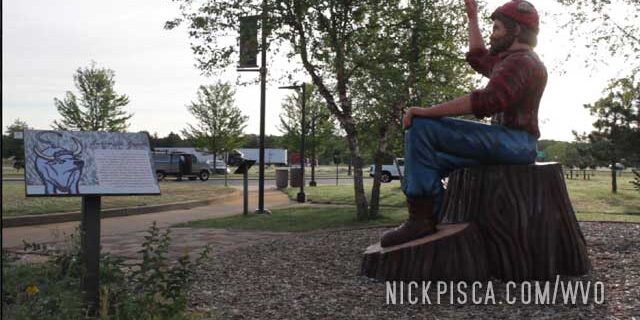 Our first day drive ended in a rest area in central Minnesota.  We’re getting old now, and it’s easier just to rest for a few hours than drive forever.  We parked the van around 1 or 2 am, and got some rest. 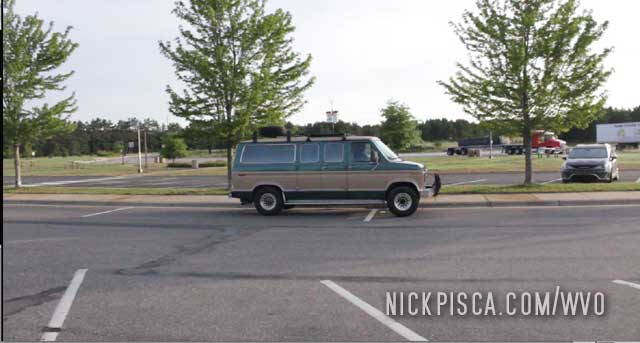 The rest area has its usual ubiquitous Paul Bunyan paraphernalia. 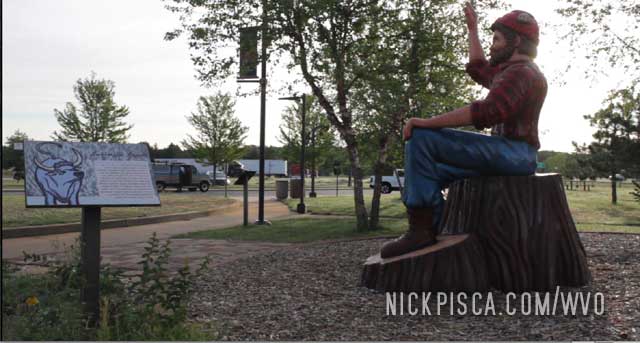 When we returned to the van, there was a small spot of some clear oily liquid. 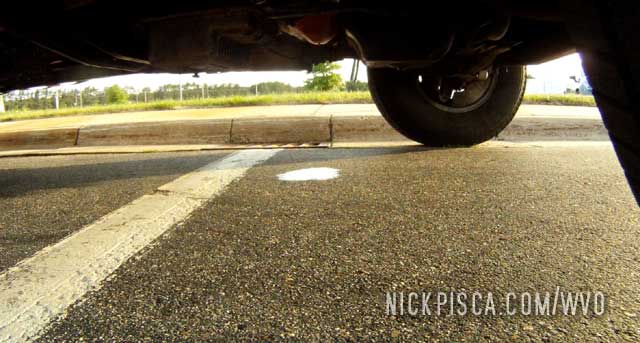 We figured out one of the diesel return lines sprung a slight leak. 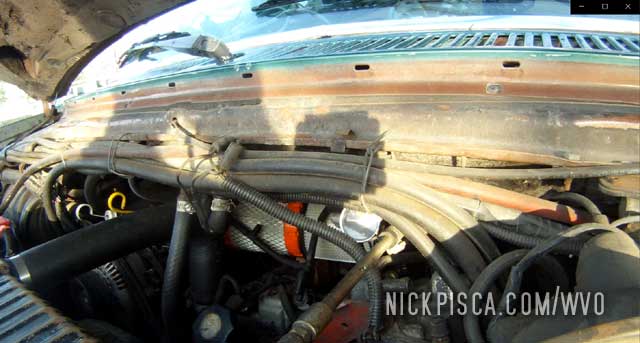 Glenn proceeded to do his geriatric calisthenics. 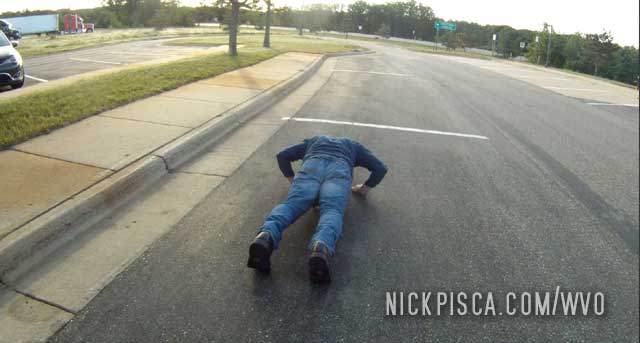 His form and body odor was … unsettling. 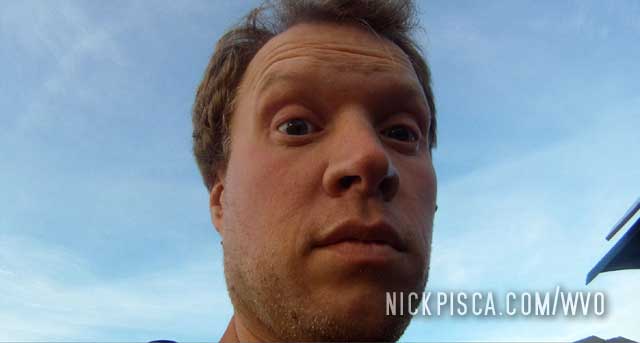 Sadly, our fixes in Mosinee didn’t resolve the oil consumption issues.  We had to add several quarts. 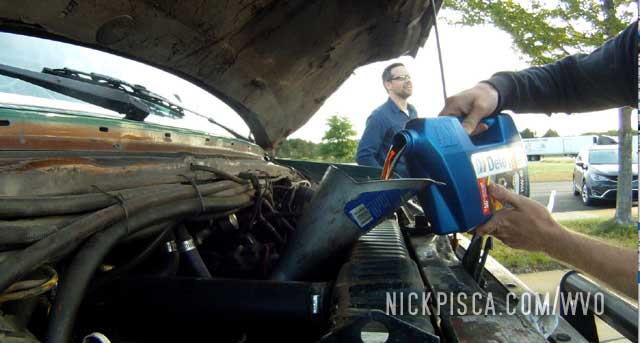 Since we had bought a new CDR, we figured this would be a decent place to change it out.  If the crankcase pressure was working its way through a weakened CDR, then installing a new one might fix the oil consumption. 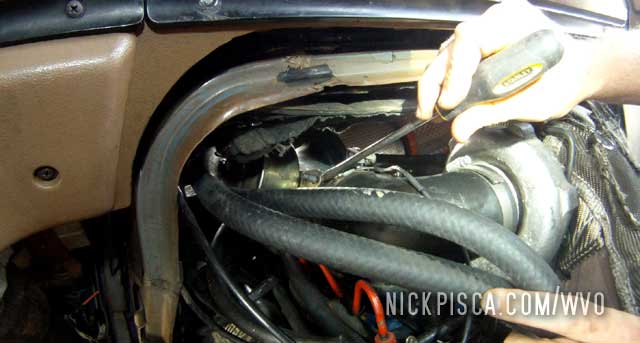 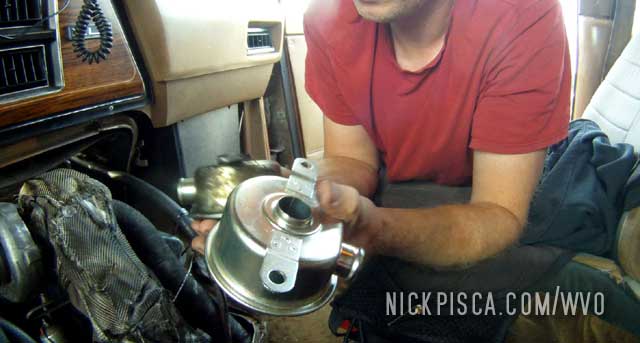 After filling up the grease, Glenn found a rotted squirrel in the trash.  A good omen. 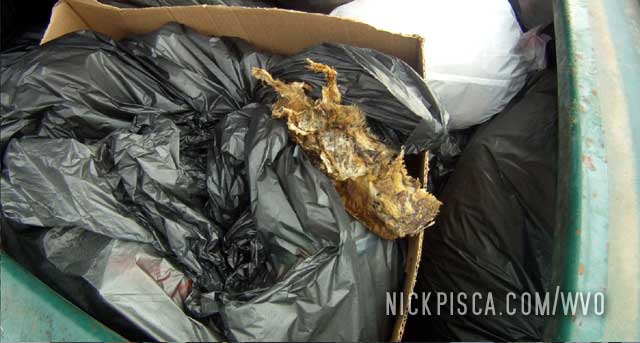 On to Brainerd to pick up some more oil.  If it keeps going the way it is, we’ll need a few gallons to wrap up the trip.  Thankfully, they had a Fleet.  I would be lost without good ol’ Fleet.

Stocked up and heading along the river. 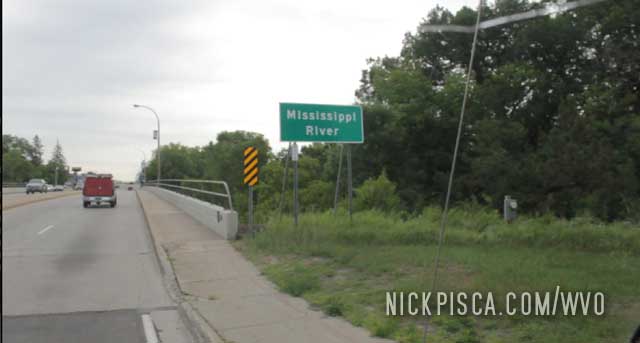 We’ll end up crossing the river several times in the next hundred of miles. 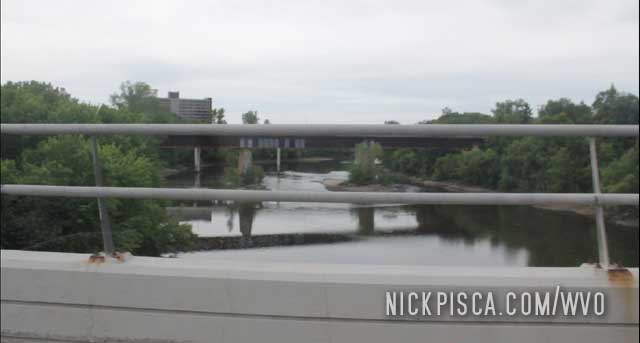 We’ve been to Brainerd several times.  I think in 2017 and other times as well. 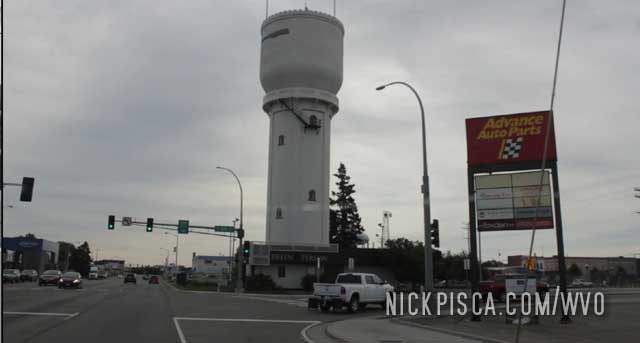 It’s irresponsible to teach blue oxen to go scuba diving.  They are too buoyant. 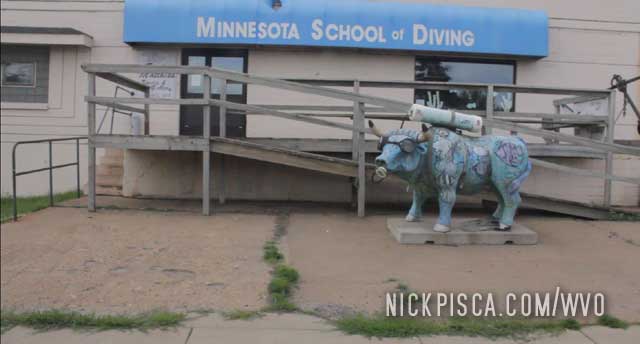 On to Grand Rapids, Minnesota.

We weren't even going to stop in Aitkin, except Glenn found an "Unclaimed Freight" store and thought he might have…

After a few days of tinkering with the van and trying to diagnose the excessive oil consumption issue, we got…

There is a gravel road that connects Yellowknife to the Alcan Hwy.  It's called the MacKenzie Highway.  Canadians have this…