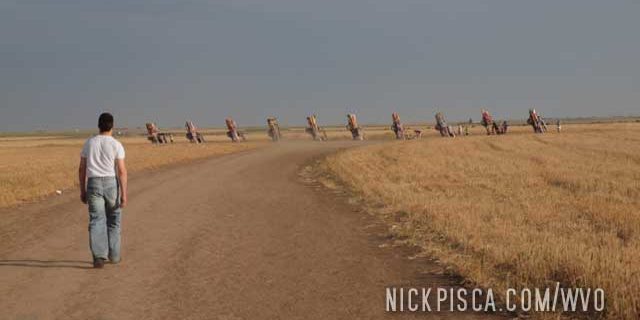 Amarillo, TX. 202950, 10:10pm Sun.
Added 1.5 cubes.
On one of these trips a few years ago, we travelled the US south. We noticed that in Louisiana, Mississippi, Alabama, and Florida had dozens of abandoned cars along the side of the highways. Well, now we have another state to add to the list: New Mexico. The east side of NM had 19 abandoned vehicles, and we drove through it in a few hours. Crazy. Really nice scenery on the trip though… 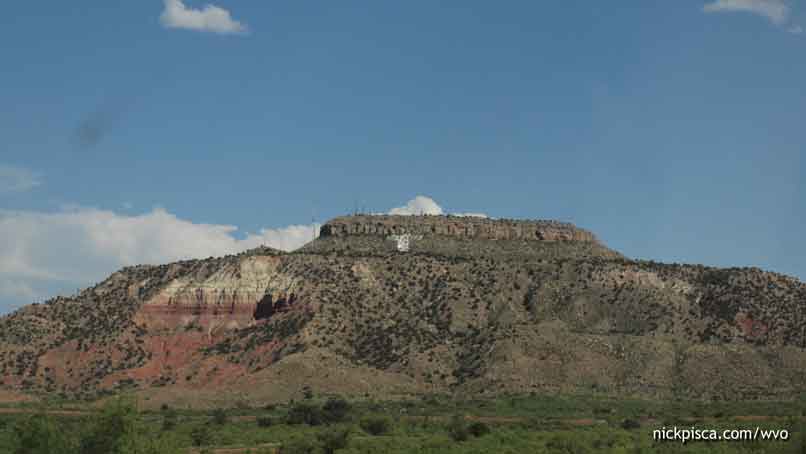 A friend of mine from Texas mentioned a campy steakhouse when I was preparing for this trip. We got an eyeful of billboards for this place all the way from Albq to Amarillo, so we figured why not do the tourist thing. The name of the place was something like The Big Texan or Texas Roadhouse. I don’t know. It’s right off of I-40, it was packed with hundreds of tourists. Usually we avoid these traps at all costs, but it was after 8pm on a Sunday and something to do. To be honest, the food was pretty good. From my experience, those places with dozens of billboards are less than good, but this place had some decent grub.
Also, as advertised, if you eat a 72 oz steak (and all the sides, which is cleverly hidden from you prior to consumption), you get that meal for free. We watched two people attempt the feat, but both failed with a few ounces left. Something about watching a person gurgle up-and-down a laptop-sized stake that makes your own meal less appetizing. 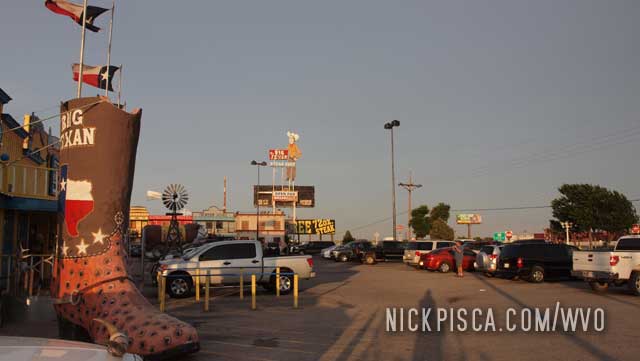 Perryton, Texas. 1:20am Mon.
When your GPS shows the “Budget Inn” in Perryton, move onto the next hotel. This place was pretty bad, about as bad as that place in Springfield, Ohio, but at least that place in Ohio was cheap. The guy would barely budge on the price even coming in after 1am, and when we walked into room, it was dirty, had exposed electrical, and appeared to have extreme water damage.

Liberal, Kansas. 9:30am Mon. Initially drawn into the city to check out the tourist trap, “Dorothy’s House from the Wizard…

We've been to ALBQ dozens of times.  It's truly one of my favorite places in America.  It's like a southwestern…