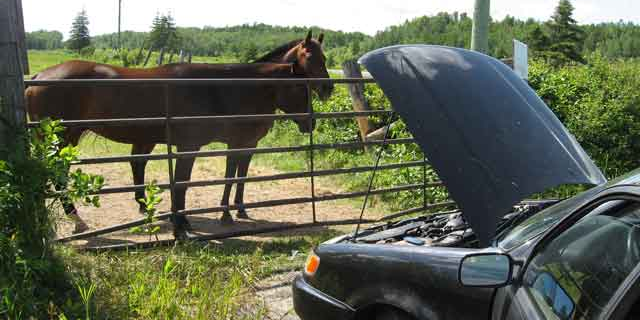 We encountered the same pressure problem and found our VO pump to be functioning intermittently. It’s an inexpensive all-purpose fuel pump from a typical auto parts store, and it lasted several thousand miles, so maybe it’s fried. After several miles on Diesel, we got a check engine light, forcing us to immediately pull over. There was a strong Diesel smell and a small drop trail down the road. Turns out, we forgot to stop the manual purge when we got some VO pressure issues, which overpressurized the fuel lines. We attacked the fuel issues from several angles, verifying and removing filters, replacing and checking hoses, relieving pressure in lines, and cleaning up the engine compartment. It appears that the air hose had provided a cooler environment for the fuel pump, but one of our fuel filters may have been overstrained. All filters had reasonable, but restricted flow. We’re headed to Sturgeon Falls to buy a new pump and get spare filters. After letting the current pump cool for a few minutes, it will function for dozens (or more) miles, so it may last longer than expected. 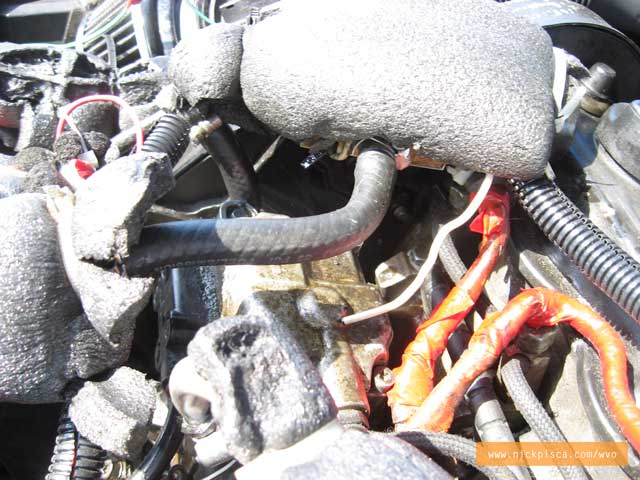 While on the side of the road, a couple horses stopped by to supervise the maintenance. 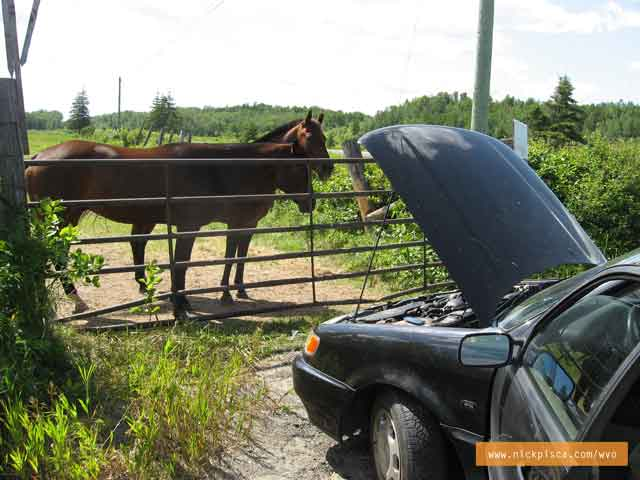 Stopped off at a Sturgeon Falls Canada Tire to see if they had fuel filters and fuel pumps. Turns out they had neither (of what we needed). Those places are pretty worthless, because this was the third CT we’ve been to and they all didn’t have anything we ever needed. The only thing we bought was a pair of sunglasses that broke an hour after purchase. Later, Glenn remarked, “The only good thing about Canada Tire is to go in and ask where a real auto parts store is.”

After driving a LONG time through the night on the Mackenzie Highway, we got closer to the tiny First Nation…