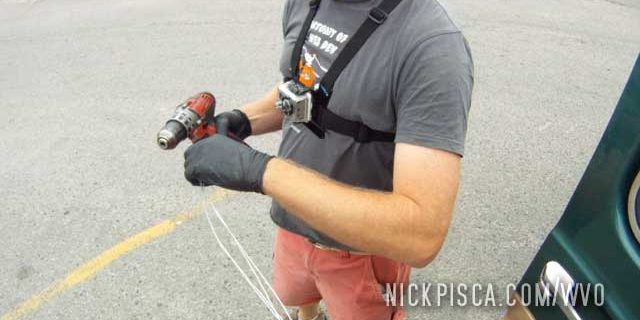 So, in 2015, we drove to Newfoundland and had a debilitating oil-in-coolant issue unrelated to our veggie oil system.  I thought I had fixed the problem in the off-season, by installing new heads and head gaskets, but by the time we reached Kenora, it was apparent we still had the leak.

So we pulled over at an A&W and investigated the issue.  Sure enough, the problem was still there, and it only arose once we put down some major miles.

In order to better assess the issue, without opening the radiator when it’s hot, we decided to use some of our wire to make a temporary dipstick, which would reside in the coolant reservoir.  Since we were already this far, we figured, we should keep driving the 2016 roadtrip and see if the problem gets worse. 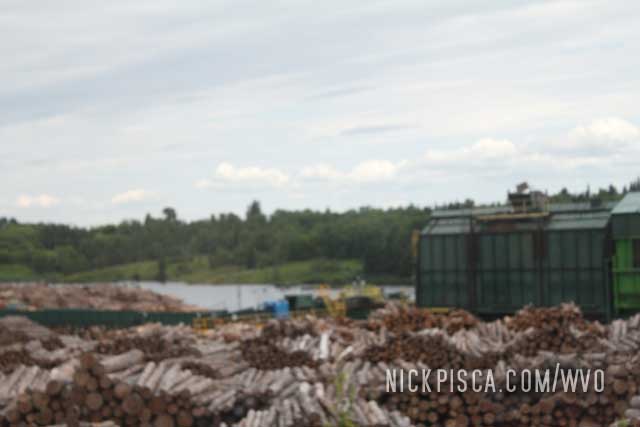 Here’s me building the dipstick: 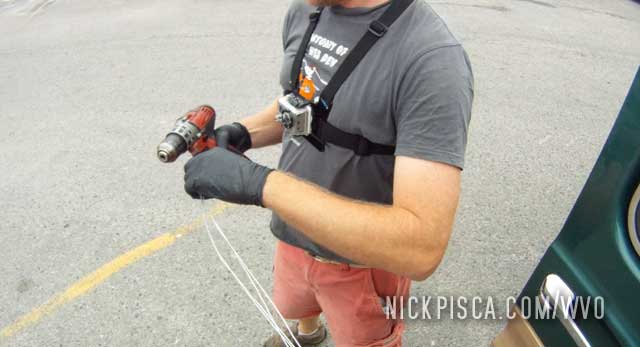 Also, we stopped through Kenora in 2010:

Lots of oddities on the way from the Ontario border to the Peg. The top hat really completes this piece. 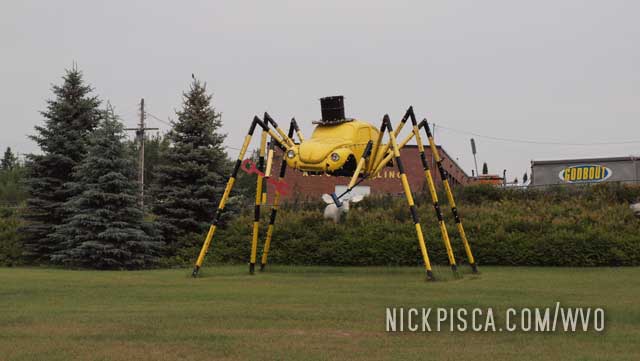 WVO Travel & Awareness is run by Nick Pisca & Glenn Wienke.  Based in California & Wisconsin, we use old…