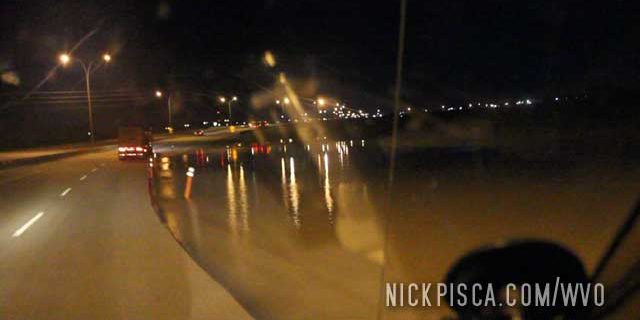 Through a crazy series of events, we ended up driving through Calgary during some MASSIVE flooding.  The highway was getting shut down just as we got through the city.  The radio was “flooded” with news alerts and evacuations and all sorts of madness.

Just by coincidence, a friend of ours happened to be driving through Canada from west to east.  Our plan was to meet up in Calgary this night, but after spending a long time playing phone tag, she told us they had avoided the area.  Unlike us, she had been paying attention to the news and she intelligently elected to avoid this evacuation area.

But since we were already in the thick of it, we just pushed on.  We figured as long as we could get passed Calgary, then we could rest at a Walmart parking lot in Red Deer. 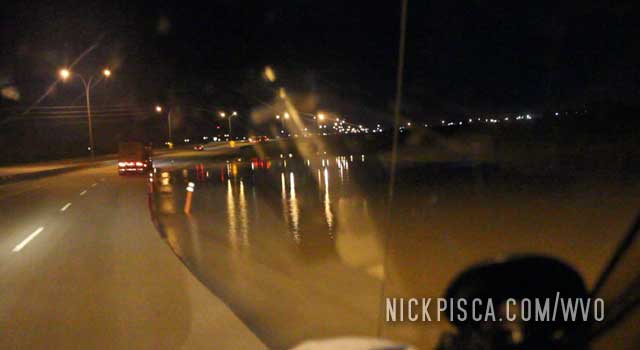 It appears the major rains were only south of us.  Once we got above Red Deer and Edmonton, the flooding…

We crossed the border with few issues.  Unlike the American border agents, the Canadians are usually pretty cool with the…

Speaking of a hidden gem, this museum is really amazing.  Considering there isn't anything around this town for a hundred…