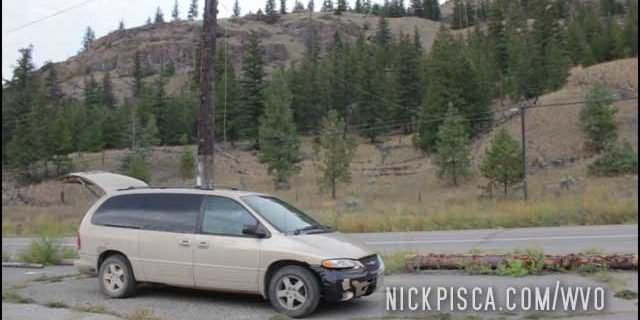 Fill Up Grease in Savona BC

Stopped off at a random abandoned building and lot to fill up on grease.  They boarded up all the windows, and it probably was an old gas station or convenience store. 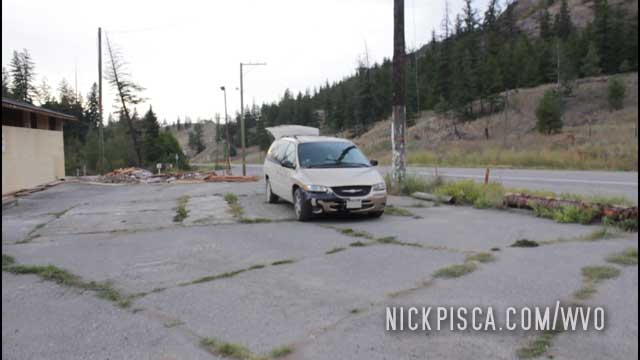 Even though we were at some kind of dumpy building, there was a nice creek flowing at the base of the valley.  This is pretty typical of British Columbia; almost every nook and cranny looks like a Bob Ross painting. 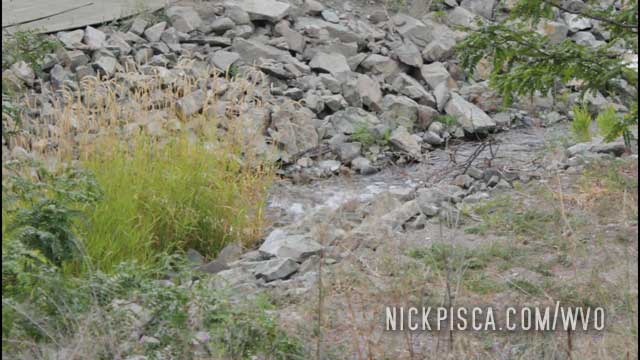 Glenn checked over the engine to make sure his exhaust fix was still holding. 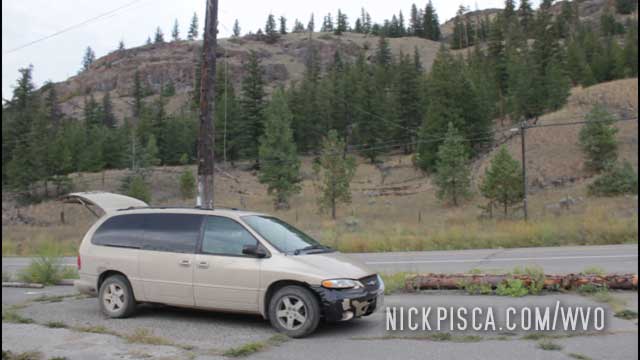 We were hoping to hit some rain on the middle of this trip to wash off all that mud from our drive on the dirt road near the Northern Angle.  This was the first roadtrip in Canada where it wasn’t constantly raining all the time. 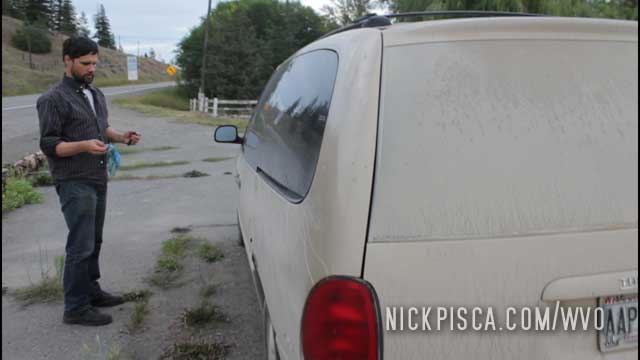 Sun setting on the mountains near Savona BC.

Trying to get to Cache Creek before dark.  We didn’t have a hotel reservation, but I looked up their amenities prior to losing cell reception this remote part of the THC.  They have a bunch of old motels in that area, and being a weekday, we figured there would be some vacancy.

The segment of the THC that is west of Kamloops is AMAZING.  I suspect that 99% of people traveling to…

Right around here, a bee flew into the driver's side window and jammed into the crease between my glasses and…