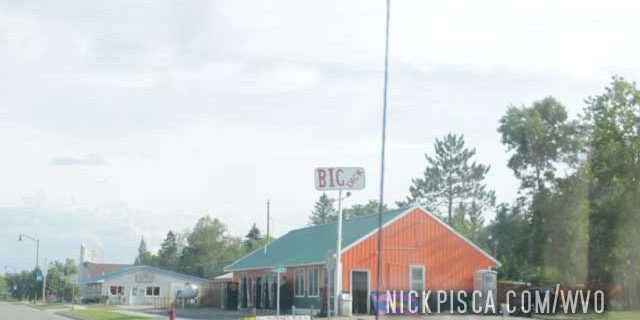 We left around midnight on August 16th to kick off the 2019 WVO Roadtrip.  This was the first roadtrip where we used the infamous “Frankenvan” minivan, one of the very few Chrysler Town & Country vans to have a TDI engine in it.  As far as we know, it’s the only biofuel powered T&C on the planet.

We drove through the night to get to northern Minnesota by the morning.  As we cruised through Superior, Duluth, and the typical Minnesota northern towns on the way to Canada, instead of taking our favorite path up through Thunder Bay to get some Hoito pancakes, we decided to take a new way.  This trip, we crossed at Warroad, on the way to the Northern Inlet.

We had never been through this part of Minnesota before, and we ended up passing through a town called Kelliher, which had this place called Big Dick.  Nice.  We didn’t have time to stop at this gay bar, but maybe next time.  Ciao! 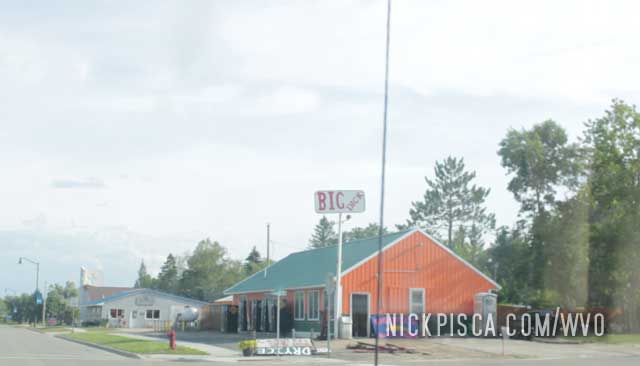 We pulled into Baudette Minnesota before lunch and needed to get some supplies.  Both of us took turns driving all…

If you don't know who Lawrence Welk is, you are a cottonheaded ninny muggins. We ended up getting into the…

As we traveled east of Houston and Smithers BC, we got into the thick of the Canadian Rockies. For a…