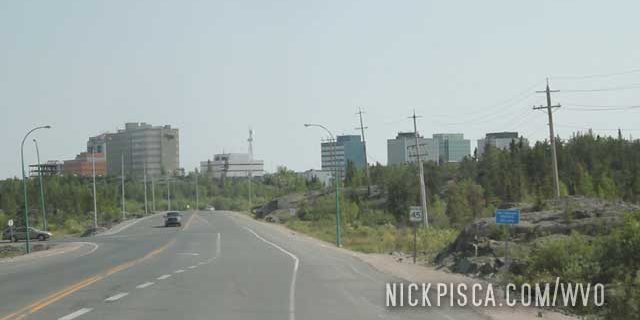 We pulled into town just before rush hour. 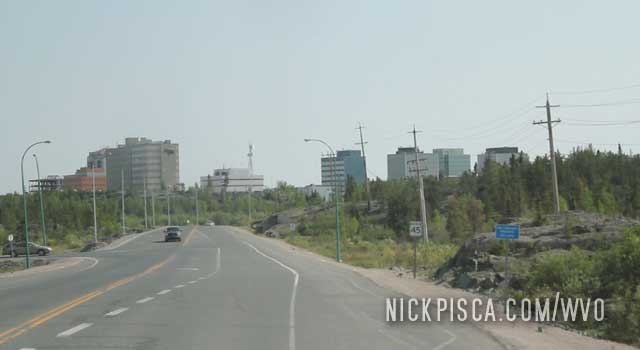 Eventually we stopped in to the local visitor’s center, and we asked about the best unique restaurant in town.  They all agreed that Bollucks Bistro was the coolest joint in town.

So we went there.  Pulled up a couple spot at the counter.  The staff is hilarious and won’t serve you unless you are cool.  Since Glenn and I were in no rush, we just hung out for a while till we could get our order in.  New customers kept trying to get a seat, and after a while, they would get pissy because the staff was ignoring them.  It was wild.  After about an hour of us chilling out, Glenn noticed the phone ringing off the hook.  Since he’s a chef, he knows the business, and he hollered to the cook if he could man the phone.  Elated, the woman let him.  So now Glenn was taking phone calls for a while.

Eventually, they got up to us, and took our orders.  We ate THE BEST fish fry I have ever eaten.  Skewered and marinated on a long stick, the fish was cooked in a couple pounds of butter on a frying pan.  Then sprinkled with herbs and drizzled with sweet sauce, the fish is laid on a bed of salad and fries.  Amazing. 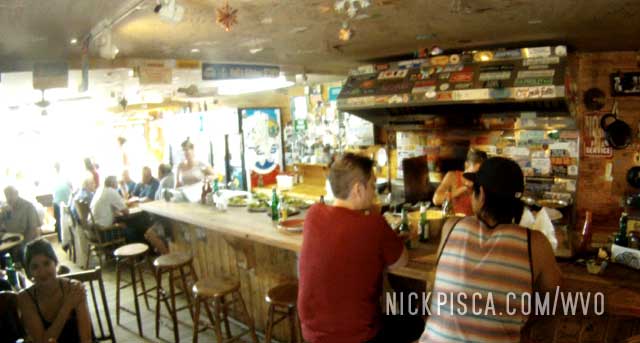 After dinner, we cruised around the city.  Yellowknife is situated on a peninsula on the Slave Lake, and there are all sorts of cool lake houses and houseboats scattered on the shoreline. 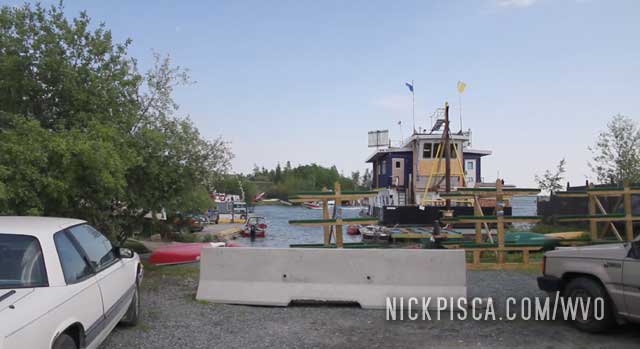 After filling up on an alleyway hill, we decided to hit the road before it got too dark.  Not that it would get very dark anyway… when you are up at this latitude, the evenings in the summer only lasts a couple of hours. 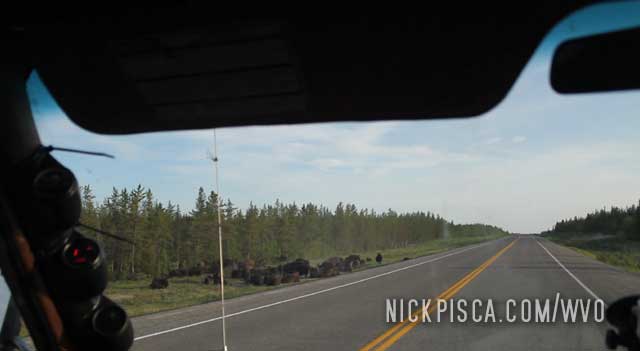 We headed back to the Deh Cho Bridge and saw some bison on the left side of the road.  Lastly, we took the advice of the Northwest Territories Visitors Center and began the drive of the infamous MacKenzie Highway.

When we left Watson Lake, a storm was brewing.  As we reached the outskirts of town, there was a guy…