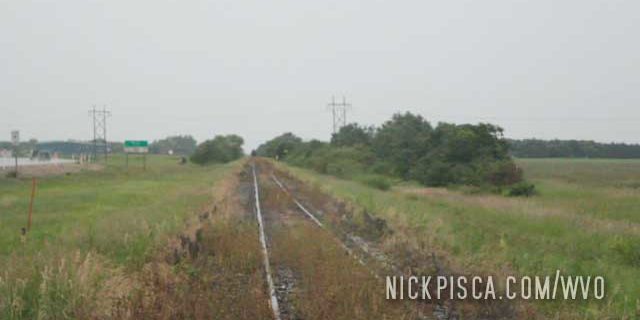 Train Tracks Heading up to Churchill

When we did this WVO roadtrip in 2016, there are two ways to Churchill MB: Plane or Train.  Now, since the train tracks got washed out in 2017, the train is no longer an option.  Even back in 2016, the tracks looked in rather shabby shape, as you can see in the photo above and below.  This was located near Warren MB, which is a small town on the trip up to the Churchill.

You might be wondering, why the hell are we driving up to Churchill if there are only two (now one) ways to get to the town, located on the Hudson Bay? Well, we are extraordinarily cheap with money and time. The train travels from Winnipeg to Churchill every three days.  It’s a 6 day roundtrip, because it takes 1.5-2 days to travel there and back.  Also, it costs something like $500 per person to travel from the Peg to Churchill, so with that kind of impact on our schedule and pocketbook, we elected to do the next best thing: Drive up to Thompson or Gillam in the north of Manitoba and hop on the northbound train.

While this is moderately cheaper (I think it was $300 or so to take the train, crazy expensive), this presented some serious considerations.  First off, if we missed our train, we were SOL. If we drove all the way up to Gillam and Thompson, and the train had already stopped on through, we would be left behind.  Since the train is notoriously late in the summer (no fault of their own, because the frost heaves contort the tracks, forcing the engineer to slow to a crawl), we figured missing the train wouldn’t be a problem.  Second, the stops in Gillam and Thompson are VERY remote, and the station is not always open. While it’s easy to buy tickets online and in Winnipeg, it’s hard to make sure we arrive in Thompson and Gillam at a time where we can buy tickets when the ticket office is open.  Thirdly, there is always the risk that the train will be booked up, leaving us high and dry in Gillam and Thompson.  The train is the main transportation service for all the First Nation hamlets scattered in the Manitoban tundra, so it is frequented by many northern indigenous people.  Also, this is the heart of the Canadian summer, so there are several tourists chomping at the bit to go up to Churchill for a Beluga Whale tour or Polar Bear siteseeing adventure.  So things were tight.

Lucky for us, we did manage to get up to Thompson.  Unlucky for us, our van had that pesky oil-in-coolant problem, forcing us to cut our drive up to Gillam short.  Thompson was our second choice, but after reviewing the road conditions up to Gillam, it was probably a wise choice even with a tip-top van.  The roads are mostly mud and gravel, and this particular week had been especially rainy.

Anyway, I took this picture of the railroad, because it just struck my interest. I couldn’t believe that people were taking this rickety old track up to Churchill.  Soon, we would be on those rickety tracks ourselves. 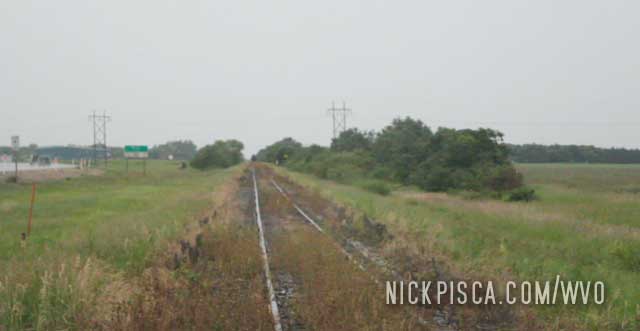 As we trekked northward, we encountered the small First Nation town of Grand Rapids. Nice little place, and it's cool…

Gillam is a tiny town in Northern Manitoba. It is the furthest north one can drive in this province. All…