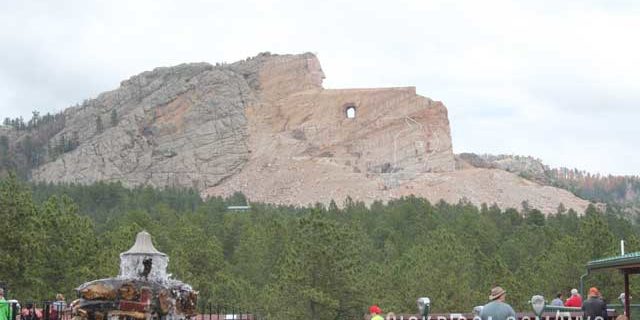 There is an ongoing massive sculptural project in the Black Hills of South Dakota.  It’s the Crazy Horse Monument, and it is staggeringly larger in scale compared to Mount Rushmore.  I have been keeping track of this project since 1993, and we have visited it in 2004, 2013, and 2016.  We would have visited it in 2015 as well, but it was getting late in the day and we elected to watch the Mount Rushmore night show, which is nearby.

In 2015, we visited the monument in the afternoon.  The progress is still slow, but it’s making some headway.  Get it?  They recently finished the face and they are working on the arms next.  The sculpture is situated in the forest, and people are encouraged to visit the site by occupying a rather large complex, housing a museum, cafe, gift shop, and other things.  They have musicians playing native instruments, and the museum is entirely focused on native artifacts. 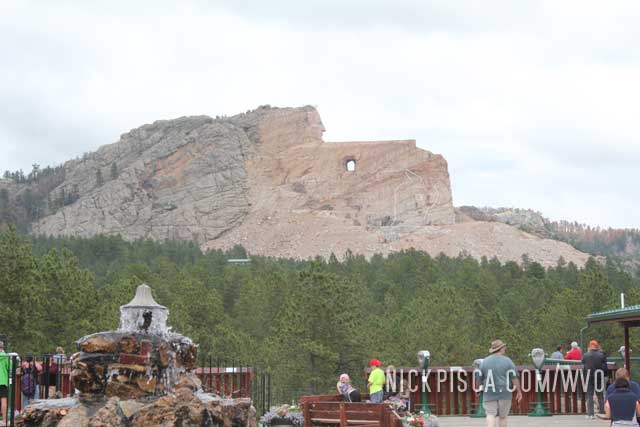 It’s really impressive, much more impressive than Mount Rushmore.  But the original designer of the monument was stringently anti-government, and he and his family has rejected all offers to aide him in the process of finishing this work.

An important site in the history of America is Independence Rock.  This out-of-place rock was the predictor of potential success…

We stayed the night in Anchorage and left early for the Portage Glacier, 47 miles south. It appears to have…