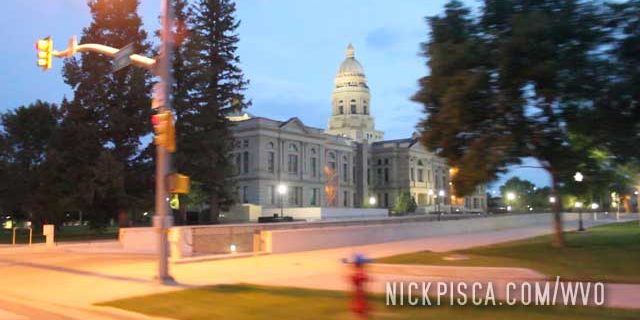 As we departed Teddy Roosevelt National Forest, it was getting dark.  We pressed on to Cheyenne, and found a DECENT hotel, instead of the crap we had to endure in Los Alamos.  This was the first full night’s rest we had since we left Los Angeles. 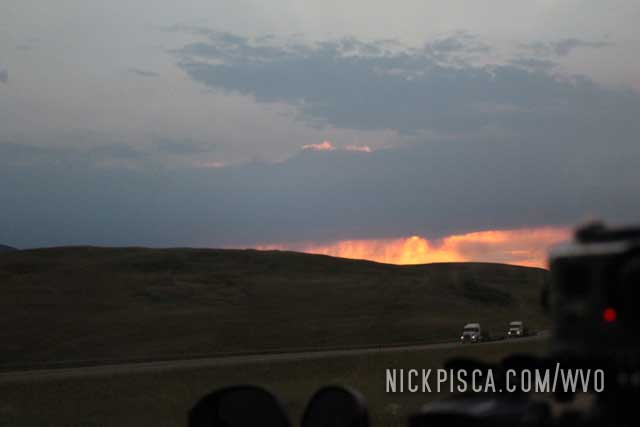 The next morning, we filled up the grease, and checked over the vitals.  The Jetta was good to keep on going north. 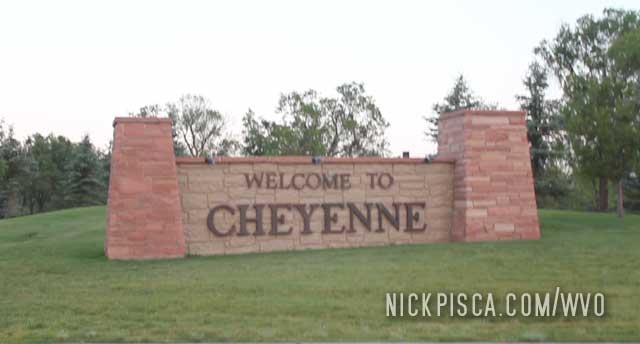 We cruised passed the Capitol. 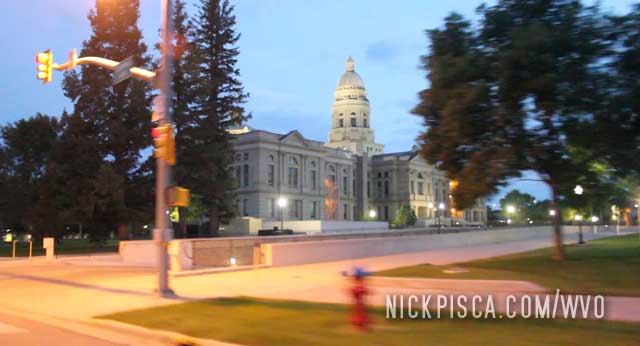 Before we left the hotel, they mentioned some forest fires up north.  We didn’t think much of it.  I live in Southern California, so forest fires are pretty typical.  But it wasn’t a few miles down the road until we realized just how expansive and massive this crisis was.

The smoke basically lasted from Casper all the way to Montana.  It NEVER ended.  It was like a foggy day.

In 2017, we visited Cheyenne again.  But this time, we had some TERRIBLE luck.  We couldn’t find a park to rest in, we couldn’t find a decent restaurant, and we couldn’t find a good bathroom.  Hell, we couldn’t even find a parking spot on any street.  It was crazy.  Some rodeo had taken over the town, and instead of people paying the measly $3 for parking, the cheap asses just parked all over town.  If I was a homeowner, I would have filed complaints and forced my city council to enforce parking laws during these private events.  I’m not interested in coming back to Cheyenne, just because of this experience.

The 2012 Wyoming fires were getting worse and worse as we drove further north. Along the way, we saw a…

After driving through Rocky Mountain National Park, it was hard to top.  But the sheer cliffs and boulders of Teddy…

Kokoms Bannock Shack in Dryden ON

Kokoms restaurant makes some delicious food with a native delicacy called Bannock. Back in 2010 or 2012 (I can't remember,…