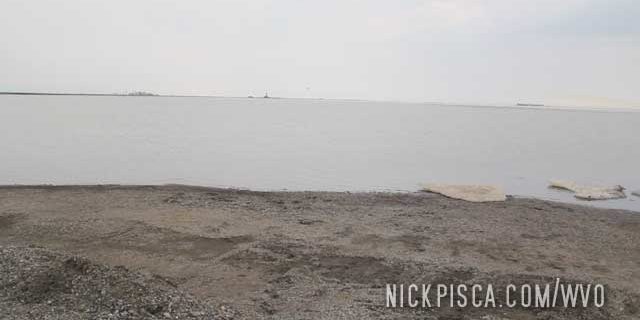 The Dalton Hwy doesn’t go all the way to the Arctic Ocean. Instead, it stops about 30 miles short, and the only way to the coastline is by taking an oil company tour.  They spend the majority of the time shuttling around retired workers and his jetlagged families to the oil fields and derricks.  At the end of the tour, they let the occupants of the shuttle out by the ocean to dip their toes, if they so choose. 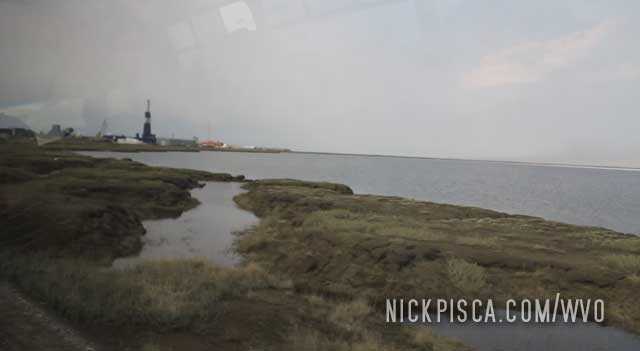 As exciting as the oil field tour was, the main goal of this trip was to swim in the ocean.  It was against company rules to swim in the Arctic but we still put our trunks on under our pants just in case the opportunity arose.

The tour held us in the shuttle for a while when they surveyed the horizon for polar bears.  If a bear appeared, they would abort the ocean visit.  About only one in three visits allow for the occupants to depart the bus, so we had a rare chance at touching this elusive ocean.  Thankfully, no bears were present, and they let us off the bus.

As we approached the shore, Glenn decided to strip off all his clothes and jump in the bay.  Everyone was cheering and it was wild.  I decided not to do it.  Not that the water was cold, but the freaking mosquitoes were horrendous.  I elected to set up all the cameras and hold his towel for him, so that he didn’t have to put it in the mud.  Put my feet in the water and watched as Glenn induced his own bout of hypothermia. 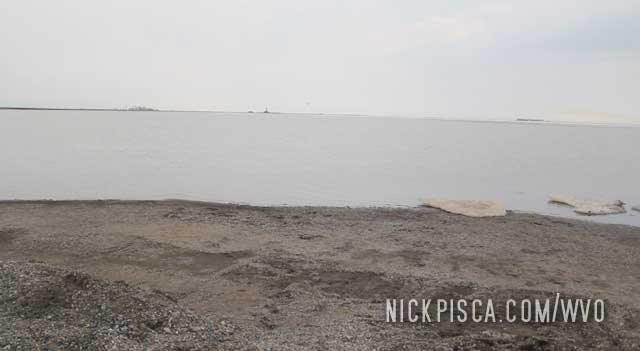 The tour was fun.  And this constitutes the furthest north we both had ever traveled.  See our “records” page for other cool facts.

Heading South on the Dalton Hwy

After we fixed up the vacuum pump, got our brakes back in working order, and ate a last meal at…

It's about a 200-mile drive from the Atigun Pass to Prudhoe Bay.  It's all gradual downhill and eventually you get…

Ottawa, ON. 10:30pm, Saturday We had a few minutes to stop off in downtown Ottawa.  Here is Canada's Parliament Building.…