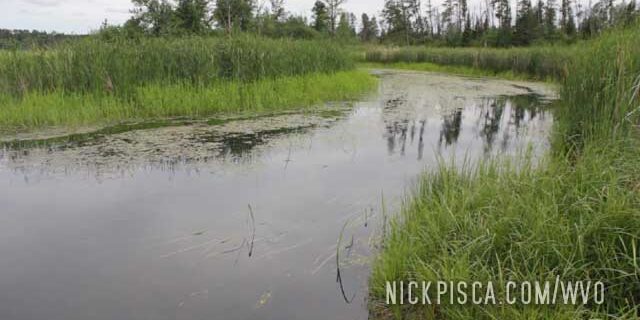 We made it!  Well sorta.  We made it to a swampy boggy area considered to be the start of the Mississippi River.  First we had to drive around Bemindji, and get to the Bear Den Forest Road. 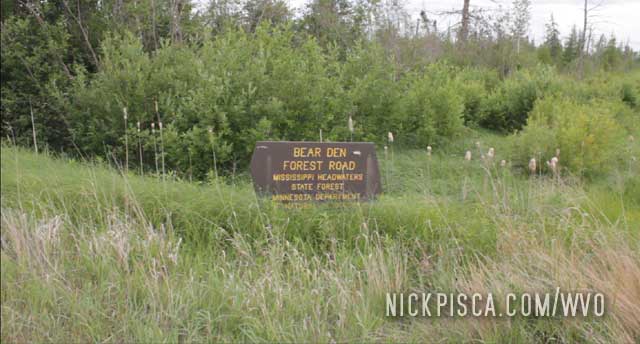 It was a dirt/gravel road in the middle of nowhere Minnesota. 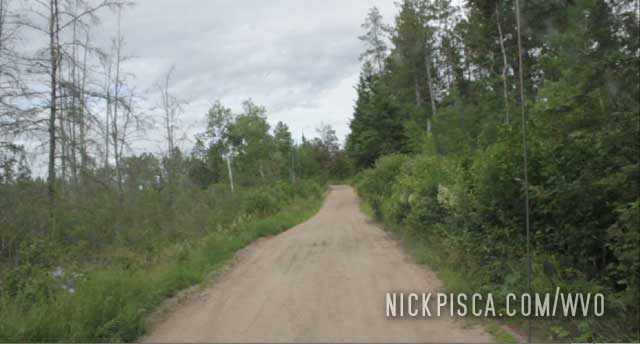 I recall it going on for about 3 miles before we got to a cul de sac. 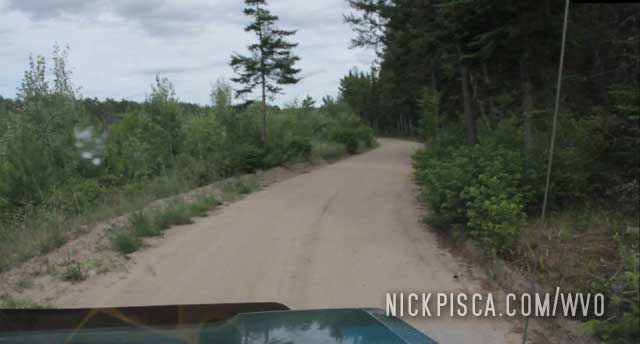 Off to the left was the path to the river. 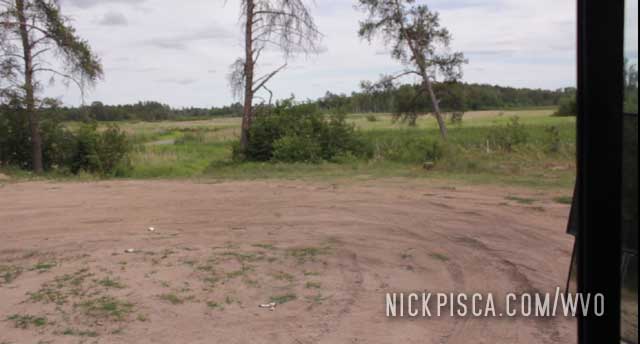 We threw the van into park and headed over.  Thankfully, it was designed for Americans, so we only had to walk about 30 feet.  I’ve been to other state and national parks were they made us walk over 100 ft, and that’s just ridiculous. 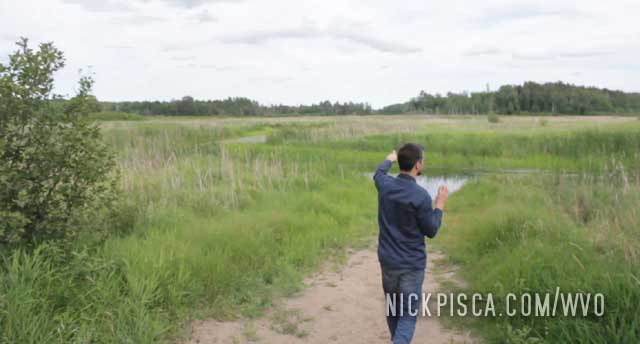 Pretty small river.  Maybe 10 feet across.  If Glenn sat his obese ass into the water, it’d flood the nearby town of Bemindji. 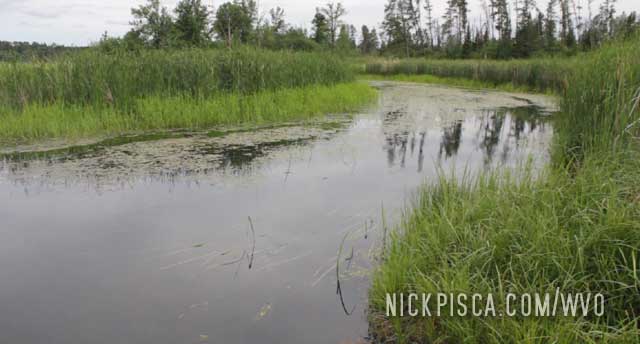 The river winds and turns a bunch.  I bet it’d be nice to canoe down, but we didn’t have the equipment. 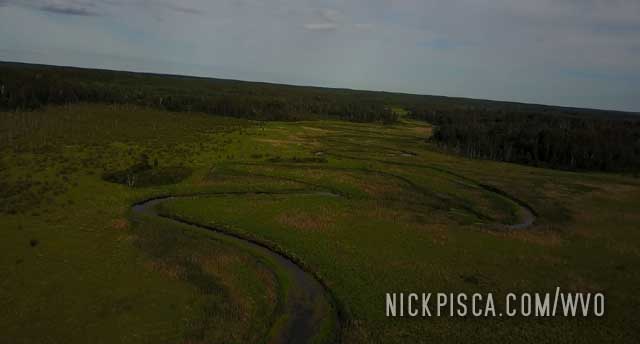 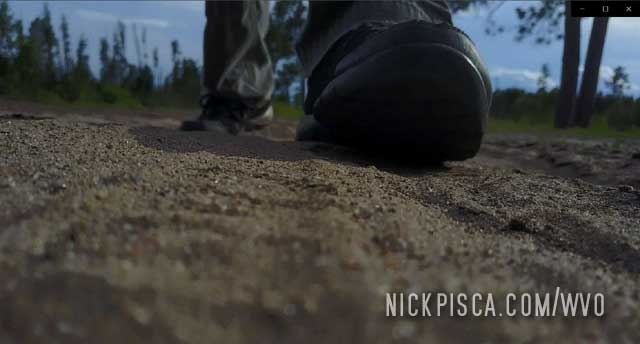 We left the hood open on the van to let the engine cool a bit.  We figured we check the oil after an hour to see if the oil problem resolved. 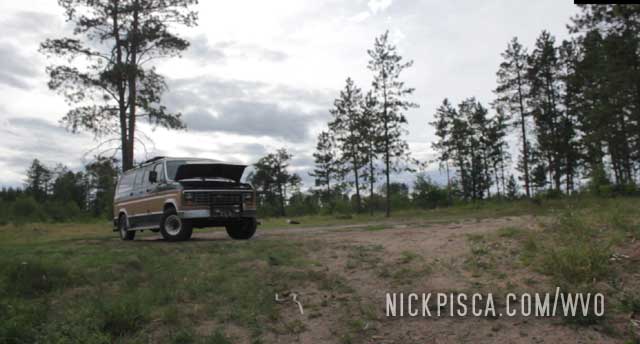 While hanging out in the wilderness, a guy on an UTV saw our hood open, and thought we were in distress.  He headed over with his friend to check up on us.  Nice guy, but we just said we were letting the engine cool before we start putting our hands and arms in to check the fluids. 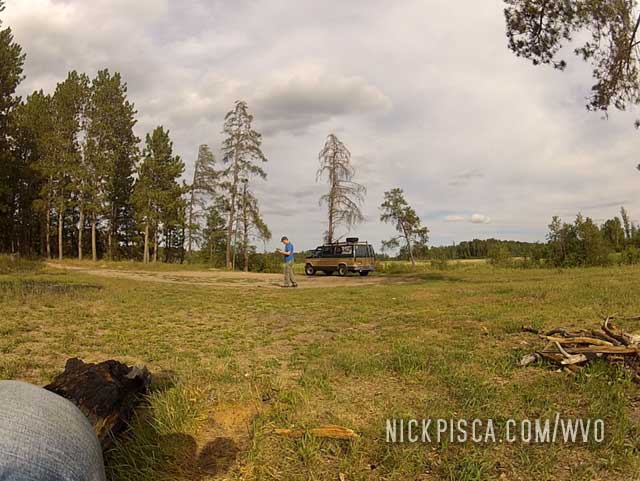 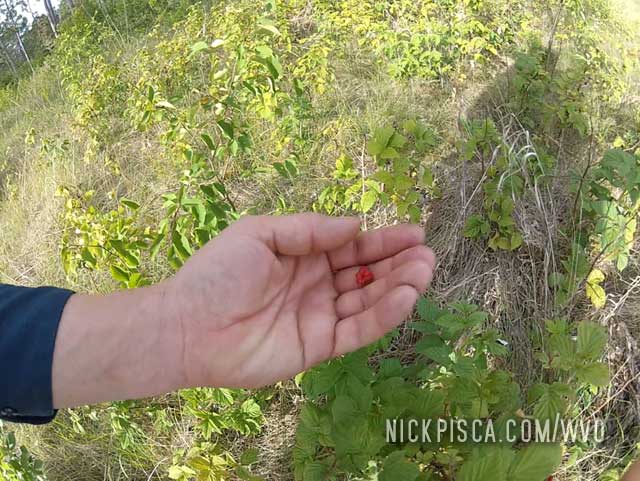 Well, trip done.  Super easy.  Time to head back home.  (Just kidding, we’re going back to the hotel for the night, and getting a pizza). 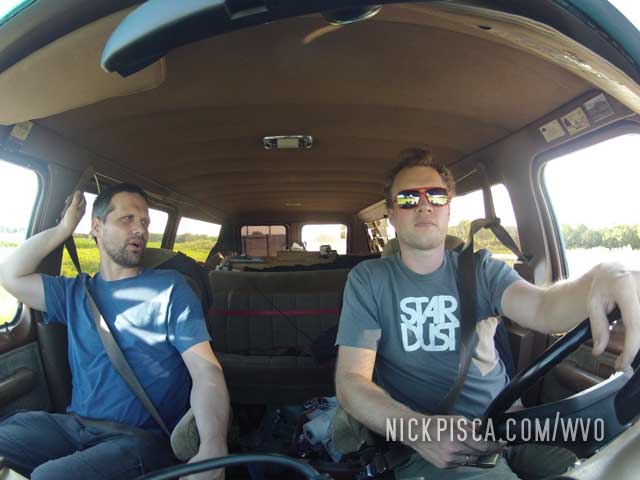 Well holy crap.  I never would've guessed someone actually famous lived up here in the northwoods of Wisconsin or Minnesota. …

The sun was setting, not just on this day of roadtripping, but on the trip back to Los Angeles. We…