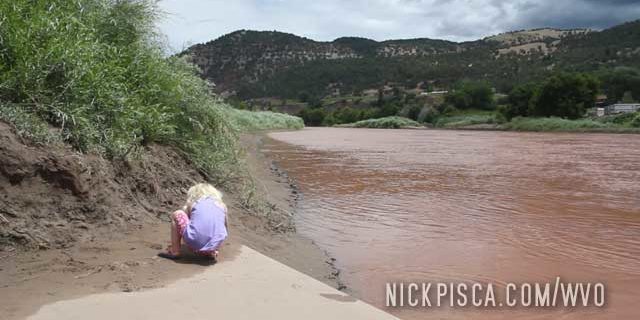 The replacement of the small/primary filter.  We stopped off to grab some food from a Village Inn and snapped photos of the “hot rod” while it’s still sitting high. 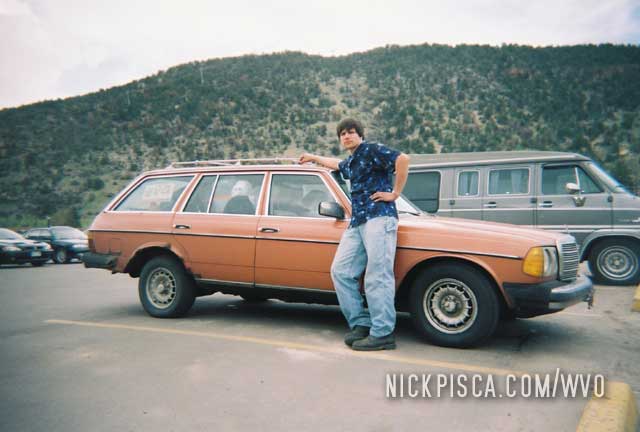 We expected it to fall soon thereafter, but it maintained its stressed appearance for the remainder of the journey. 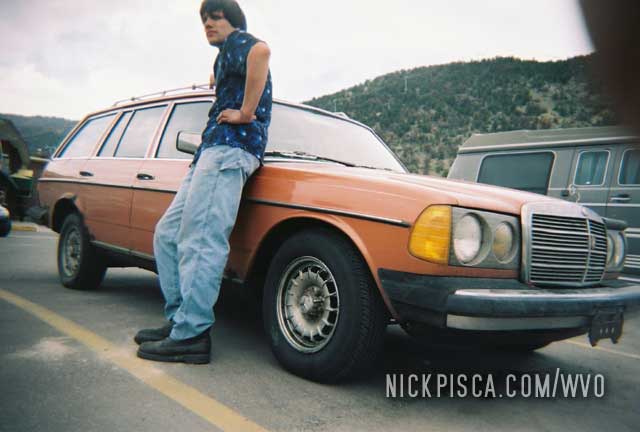 On the 2014 WVO Roadtrip, we hammered down to make Denver before dinner.  But we still needed to make one more quick stop before Valerie took her nap. 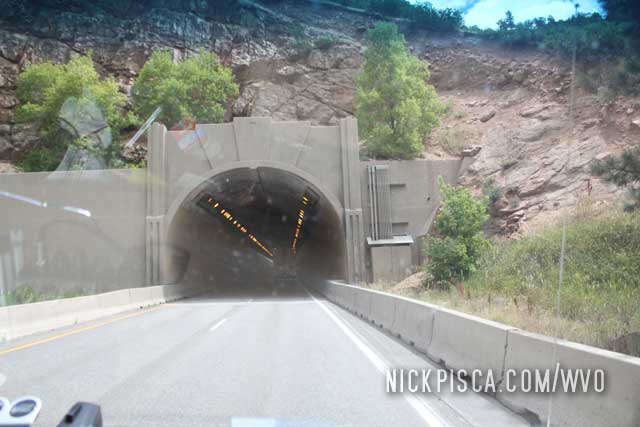 So we pulled off I-70 at Glenwood Springs.  At the time, we didn’t know about the wonderful donut shop named “Coloradough,” so we decided to pull off by the rest area which allows you access to the Colorado River.  We skipped rocks on the shoreline for an hour and released some energy. 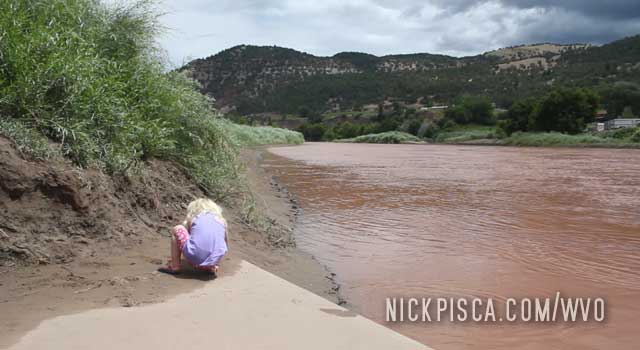 Eventually, we had to go.  But Valerie didn’t want to leave.  I couldn’t blame her.  She was 3 and didn’t want to get back in the van for a few hours.  She threw a fit, but after sitting with her for a few minutes, she decided to move on.

On the 2018 WVO Roadtrip, we had to stop off at the infamous Coloradough.  It’s a doughnut shop that is amazing.  We got there after hours, but the owner was working in the back.  After he realized we were taking selfies in front of his beloved shop, he struck up a conversation with us.  After a few minutes, he generously gave us a few day-old doughnuts for our trip.  Thanks so much!

Leawood, MO. 9:59am Tues. Nothing like a BBQ breakfast to start off the day. We got word that the best…