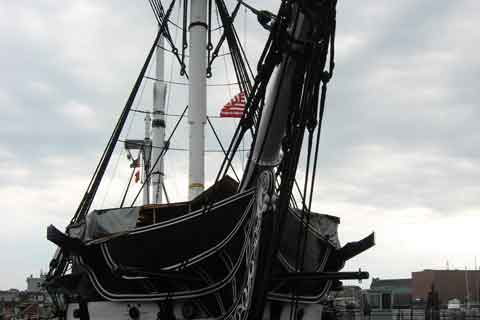 It rained for most of the day, for the trip down and while in Boston. 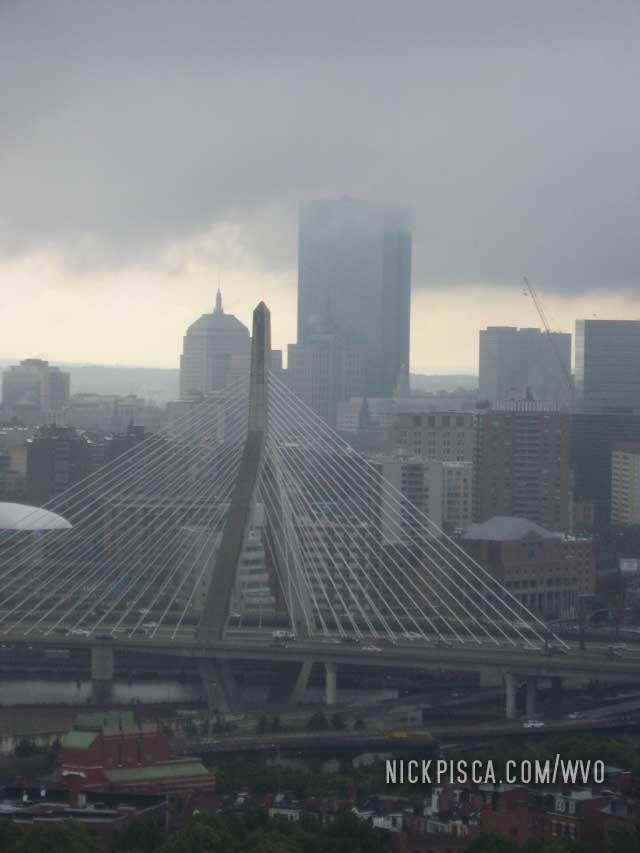 We were able to park for free outside the Bunker Hill National Monument. It’s surprisingly tall and we didn’t get a good view of the city due to the weather.  Glenn got yelled at by some Bostonian because he asked to use the bathroom.  The people here are tightly wound.

We got to tour the infamous USS Constitution. 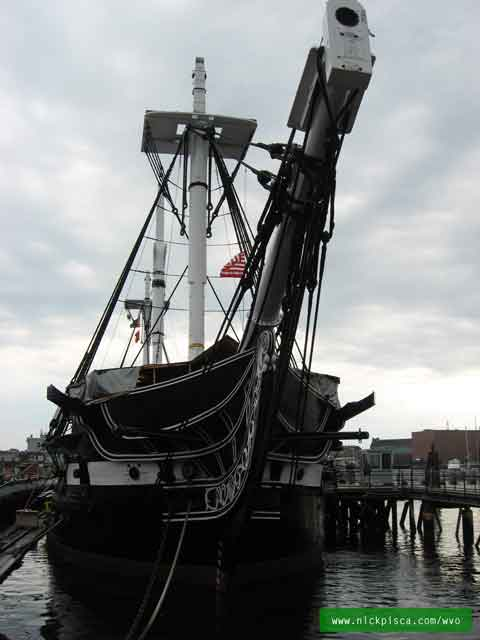 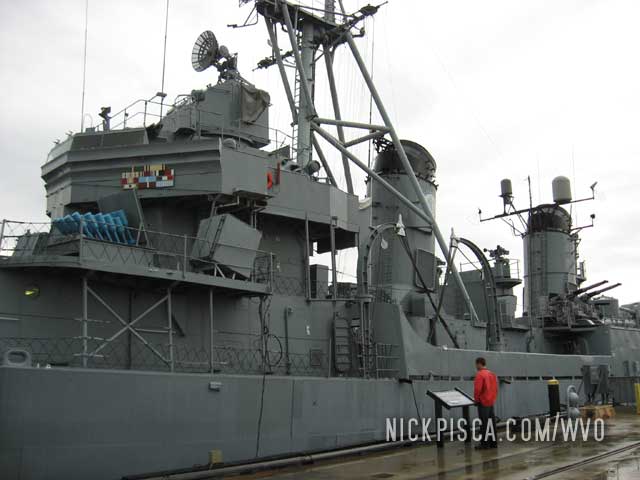 We always try to talk to locals on these trips, and we found an actual dockworker.  He had a thick accent, and we asked him where’s a good bar or restaurant to eat.  He recommended Warren Tavern, but his accent was so strong, we couldn’t help but imitate it.  Then he literally called us “wice guyz.”  The TOTAL Boston experience.

Regardless, we went to the Warren Tavern.  Little did we know, this bar was one of the original taverns that people like George Washington and Paul Revere plotted our independence.  Patriots! 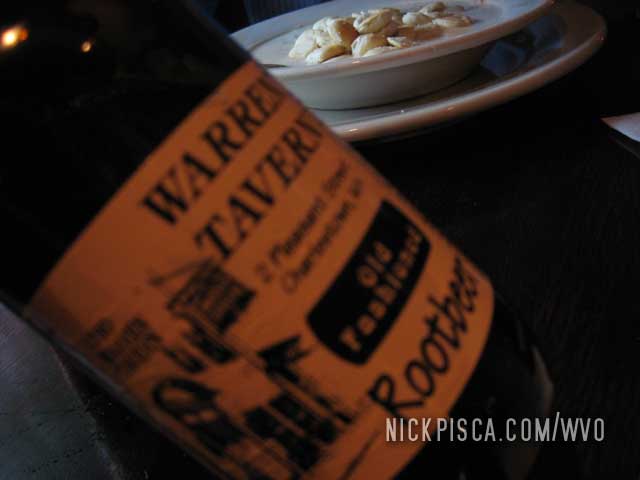 We meandered around town.  Here’s the actual church where Paul Revere signaled about the incoming British in the American Revolutionary War. 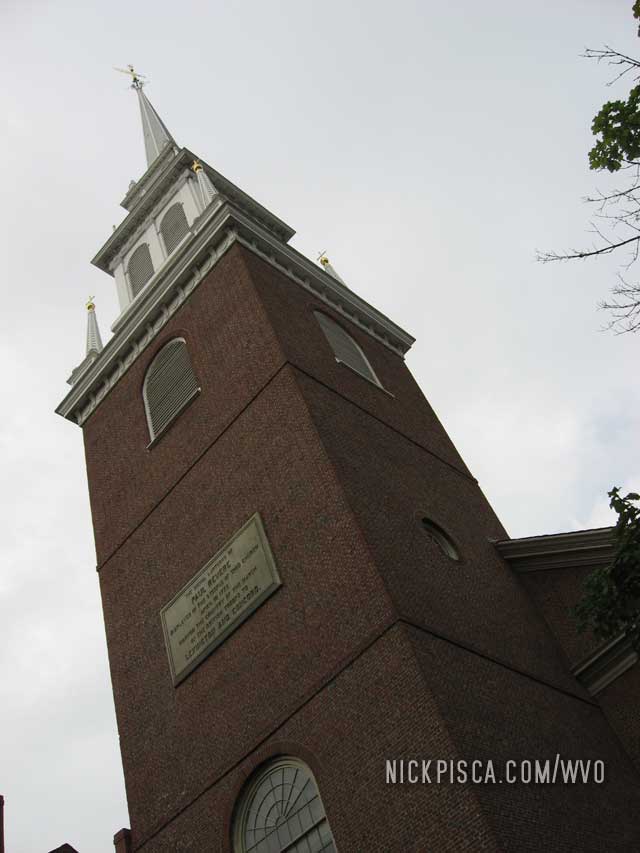 We also visited Paul Revere’s house too, but I don’t have a picture at the moment.  Instead, here’s Hancock Tower: 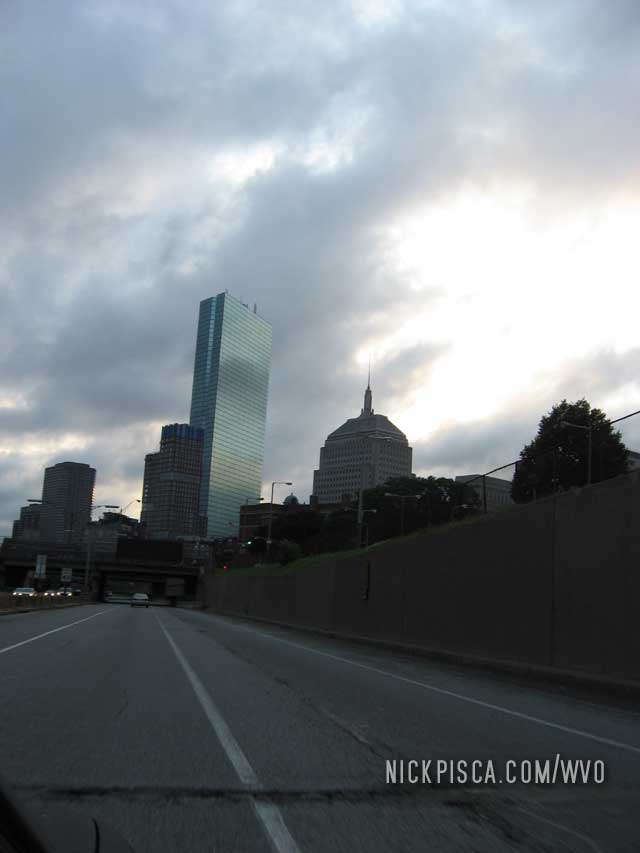 We left town after a full day of walking and sightseeing.  A nice change of pace from the 1000 miles of driving through Quebec and Nova Scotia yesterday.

Hartford, CN. Tuesday night. We got a little behind schedule and weren’t able to meet up in Providence. We are…

Crossing into New Hampshire. 11:00am, Tuesday. New Hampshire has a strange way of greeting people. They had a tiny sign…

National Museum of the US Air Force in Dayton

Dayton, OH. 10:45am – 3:45pm, Thursday. This museum was comprehensive to say the least. We spent five hours there and…