Once we get back to Los Angeles, I’m going back to vegetarianism.  Since we are just going to drive through the evening and night to L.A., this afternoon might be the last meal I get that is meat.  And if I’m going to eat meat for the last time, I’m going to eat freaking BBQ.

We popped up the Google Maps and found the nearest BBQ south of Eugene, and some craphole place in Creswell appeared.  We drove there around lunch time, and the bartender said they didn’t have any food ready for a few hours.  She then suggested we wait, and I said, “Fuck that.  I want BBQ now.”

That’s how we found Oregon Snack Shack Food Truck nearby.  Now they know how to serve lunch.  Unlike their competitors.

Honestly, how do people stay in business when they don’t serve lunch.  Oregon is a weird state.    We got a bunch of BBQ stuff and pigged out on ribs, pulled pork and whatnot. 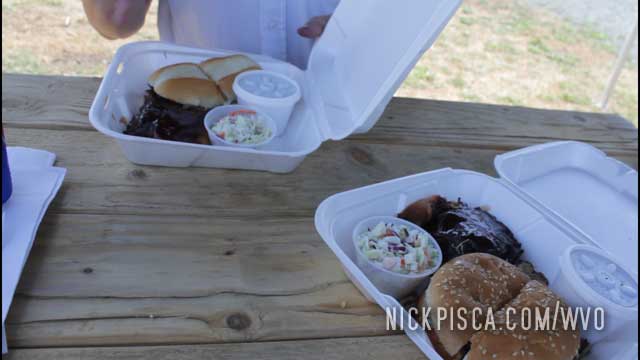 The food truck was parked near an RV lot on the entry of Creswell.

After dinking around long enough and getting some supplies at the convenience store across from the RV park, we got back on the road to find people flipping their cars all fast-and-furious-like. 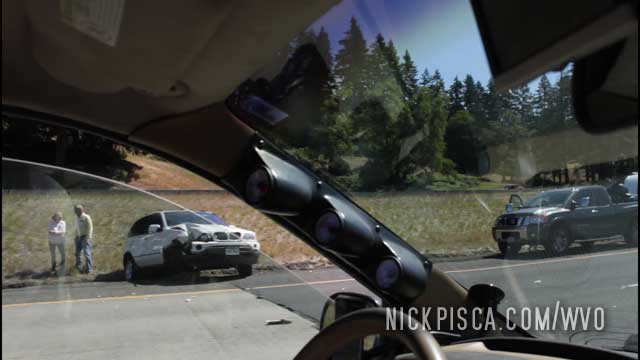 Filled up the grease here in southern Oregon.  It was getting hot.  It's practically a desert down here. Glenn was…

Normally, we don't spend a lot of time at junkyards on our roadtrips.  We've had bad luck.  Like the time…