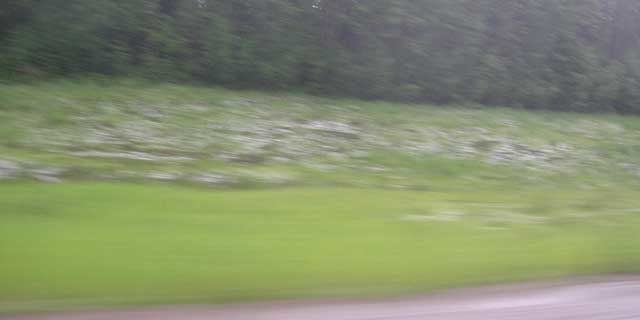 Hail Storm on the Alcan Highway!

South of Fort Nelson, British Columbia. Wednesday.
We decided to crash out in Fort Nelson even though we could have probably made it to Watson Lake that night.  This is what a typical mile on the Alaska Highway looks like, and there is not a lot of services or turn-outs on the path. 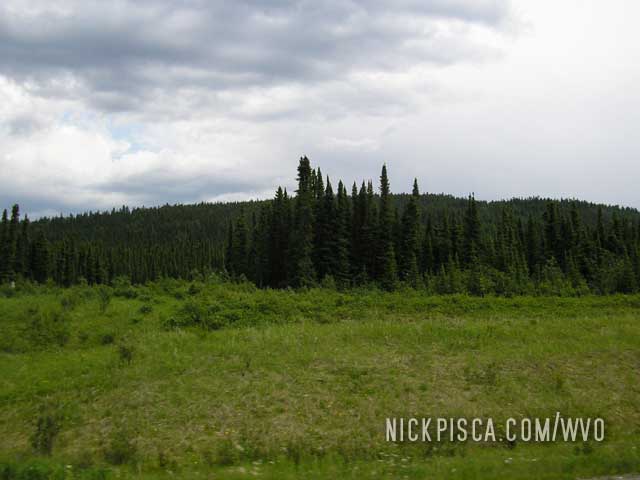 Just shy of Fort Nelson we ran into a HAIL storm (what next?

). The storm was looming in the distance. 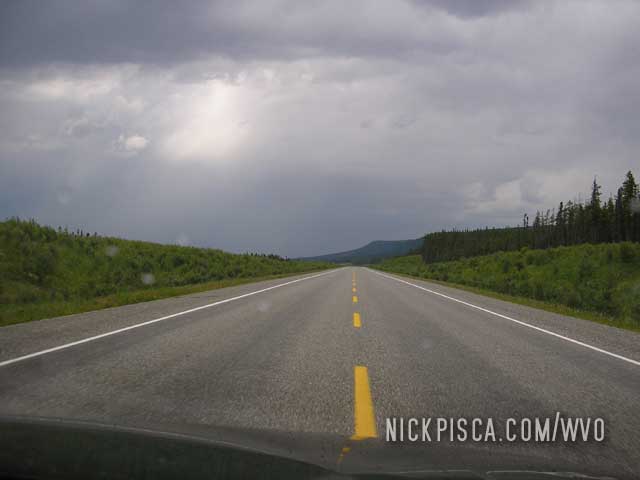 We parked in some old army-camp turn-out that was on the side of the road.  There was nothing there other than an overgrown gravel lot, with no canopy to drive under.  We thought quick.  We had to use up some cubie boxes to protect the windshields, and we waited out the hail storm.  Thankfully, it didn’t damage the car.

After the hail stopped, Glenn ran in the rain to the side of the road to see if northbound was clear of hail.  It seemed ok.  In hindsight, Glenn should have brought some bear-spray with him, because we stormed into the abandoned campsite which could have housed all sorts of bears, moose, or bison.

Here is a pic of the hail in the ditch as we tried to get out of the storm. 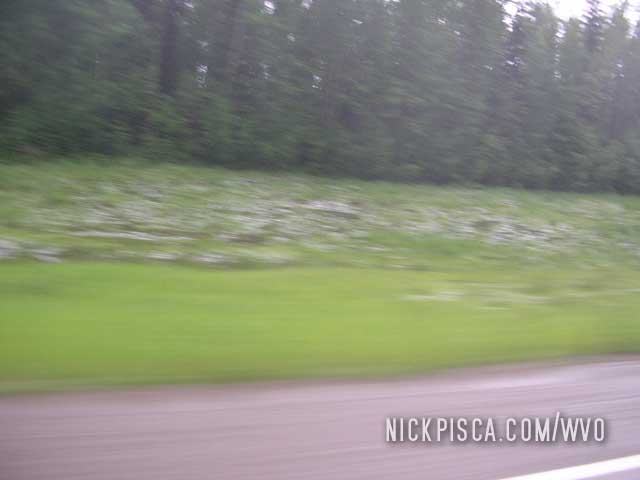 Between Grand Prairie and Dawson Creek. 179765. Around 8am Wednesday. Added 1.75 cubes. Overfilled the tank. Luckily I caught this…

We happened to pass through the tiny town of Fairplay.  Never heard of it?  That's because it's known better as…