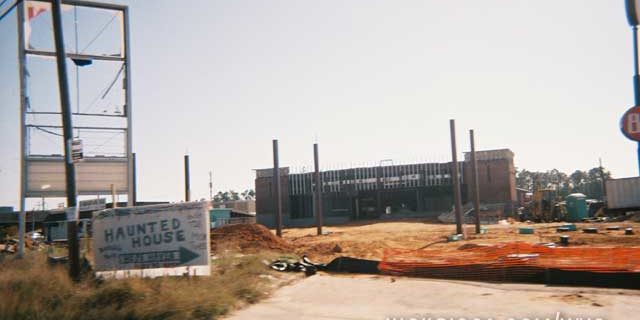 We left New Orleans in the evening, hoping to find a hotel off the interstate near Kiln Mississippi.  What we didn’t know was, even though it was 11 months after Hurricane Katrina, the majority of the coastline cities were still completely demolished.

In the drive to Kiln MS, we got to a hotel that 75% of the structure had completely washed away.  The “lobby” was one of the rooms, taken over by the hotel manager.  We unknowingly woke him up, but he was rather gracious with us.  He said there was a makeshift hotel set up down the road near Bay St Louis, and they might have rooms.  Contractor from all over the country were setting up shop in these remaining hotels, so they can aide in the reconstruction effort, so vacancy was sparse.

We got to the “hotel” to learn it was a converted barn.  Someone literally just partitioned a barn with crude studs and wood paneling, and started selling rooms.  We got a room that had exposed electrical and straw on the floor.  We slept on the blankets in our clothes because we were convinced we would get bed bugs or even worse from the mattresses.

The next morning we took a drive in the daytime, to survey the city.  Every building was either completely or near-completely destroyed.  Like this: 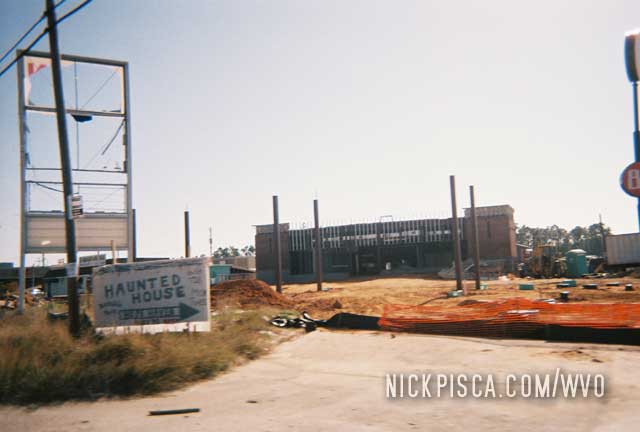 We found one restaurant open: The Waffle House.  It was disgusting, and that’s really saying something because most Waffle Houses are disgusting at their best.  But this one still had mud and mold damage all over the dining area.  There was a layer of film all the way up to the 4 ft from the floor level, covering drywall, booths, windows, and everything under 48 inches tall.  They didn’t even clean it all off prior to reopening.

What does a Packer fan do when he is in Mississippi?  Naturally, he visits Brett Favre's hometown and statue.  …

Fuck you Dorphin! Fuck you Whare!