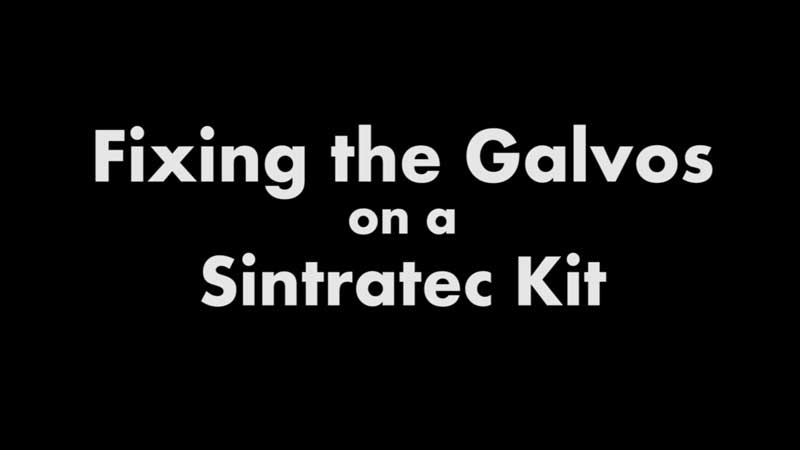 If you have been following my videos and articles, you know a few days back, I had an odd hatch-outline mismatch issue.  I thought maybe it could be the fact that I was using a massive STL containing dozens of other STL’s, so I made a MEL plugin that separates all the STL’s into individual files, and preserves all their nested orientations and XYZ positions into Sintratec Central.

I thought maybe the isolated files would help with the weird hatching issue, but more importantly, this will definitely help with saving sintering time.  When the laser sinters across multiple objects at once, it has to “hurdle” over the gaps and that makes the sintering really slow.  But if you isolate each part individually, it sinters that small element’s hatch and moves on to the neighbor.  This speeds up the whole process greatly.

While I was preparing my machine to test the new exporter, I figured I’d give the galvos a check to see if they had meandered.  Wow.  It was way off.  That was my problem.  The lower galvo was off by a whole half centimeter.

The plugin wasn’t a waste of time programming, because it has come in handy for other large print jobs that I’ve already done.  But the hatch drifting wasn’t a result of using large STL files.  That’s good to know.

The unfortunate thing about the galvos is:  you have to keep them tight enough that they don’t wiggle loose, but loose enough that they can be turned by hand if you ever need to recalibrate the 3d Printer.  That’s a delicate balance.  The problem is, one of the galvos has a tightening screw that is only accessible by taking off the whole laser assembly.  Wha!?

Rather than diving into the disassembly of the laser housing, I figured why not use an old spare allen wrench (I think it was 3mm, but can’t recall for sure) and cut it down to size, and then use a torch to shape it into something usable to tighten down the lower galvo without removing the housing.  BONUS!

Here’s the video of all the fun:

As with any laser, ALWAYS wear eye protection when working on them.  Don’t burn yourself or blind yourself.

Anyway, gotta run.  Going to set up a new type of calibration and verification print so I can identify problem areas in my Sintratec Bed.  Hope to have a new post about that tomorrow. 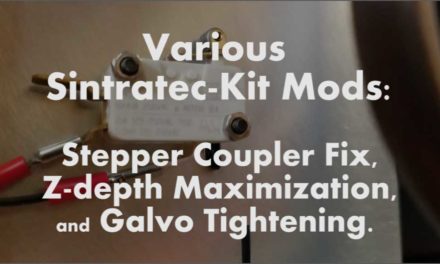 Wiring the Monster is Complete.