Gustavo Rincon posted this link to the Translist of Nova outdoing themselves.  “Monster of the Milky Way” is a Nova special about super-massive black holes.  The simulations are perfect cases for MEL scripting studies, and the animations are reminiscent of Doc Bailey’s work.  However, when I used to hang out with Doc, he would criticize work like this because they couldn’t simulate as many particles as his Spore software.  Also they couldn’t get the illumination right either.  Crazy guy.  Hard to believe that it’s been almost three and a half years since his death.

Back to the Nova special, this video gives a basic overview of black holes.  Sometimes it was annoyingly basic, culminating with a montage of physicists haphazardly trying to describe the enigmatic celestial objects.  Regardless, put the audio on mute and enjoy the videos.  They are broken up into seven intervals and the fourth video is the jackpot; four different animations and simulations of galaxy formation and black holes.

First off, Nova simplifies a complex process of black hole identification with an animation of circled point-galaxies in 3D.  I can’t tell if this is genuine, meaning that the 3D points are actual XYZ coordinates of the known universe and not just a randomization script with a percentage of galaxies circled, but it’s still cool.  Discussing the holed-plate process of identification was interesting as well, with fiber optic recognition.

The hallmark of the whole hour-long program is the Milky Way creation simulation.  Narrated by the ubiquitous Degrassi Tyson, it shows how particle systems and gravity can coalesce into larger galaxies.  Black holes play a monster role in this, because they are the main player in terms of gravity.

These gravity simulations are always great, and I’m reminded of recent videos created showing how our Moon was generated.  They are nearly identical processes even though they occur are completely different scales, probably within orders of magnitude of 100000x.  However, this video was tarnished by the claim that this was a simulation of the creation of the Milky Way, rather than the appropriate claim of galaxy aggregation in general.  I’m skeptical that this video is an accurate portrayal, unlike the simulators of the lunar mass.

Lastly, there is a great Bailey-ish video at the end of the fourth segment with some whispy geometry.  I can hear him now getting freaked out.  If you don’t know him, check his link in my Blog Roll.

Screen capture of Nova's "Monster of the Milky Way" 2009. Simulation of a Supernova explosion.

Also, there was a video of a supernova exploding.   Meh.  Not necessarily a major scripting thing, because you can pretty much do this with particle or dynamics effects.  However, you could do a simple code to break down a sphere into jagged solids.  Then another code to animate the explosion of those polysurfaces.  In the process of the first code, you could also attribute each polysurface with a narrowly-randomized color scheme and then keyframe the explosion with illumination.  But anyway, it’s just easier to use identical or families of polysurface instances in particle wb’s. 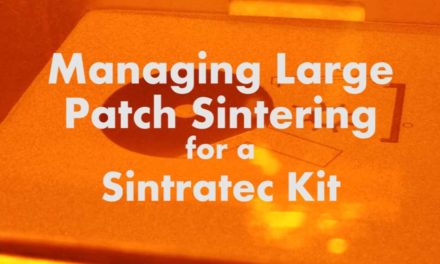